A Nigerian former boxing champion, Peter Oboh has given his views on the r*pe scandal rocking the COZA church. 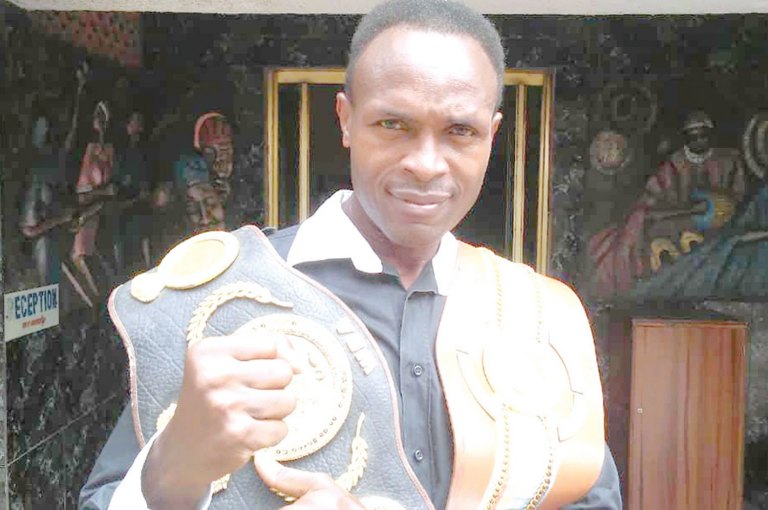 Peter Oboh
Former WBA International, British and Common Wealth Light Heavy Weight Boxing Champion, Peter Oboh has advised pop singer, Timi Dakolo and his wife, Busola to tread with caution while pursuing justice in respect of the r*pe allegation they levelled against the Commonwealth of Zion Assembly, COZA, pastor, Biodun Fatoyinbo, Vanguard reports.
The ex-boxing champion also urged the embattled pastor Fatoyinbo to do well to tell the world the whole truth about the rape allegation for the mercy of God to prevail.

Oboh was speaking in response to Timi’s recent outcry that his life and that of his family have been under threat since he decided to seek justice against the pastor for allegedly raping his wife as teenager.

Recall that the superstar recently held a press conference where he alleged that there were plans by some people in high places to abduct his wife as payback for speaking out.

Advising the parties to sheathe their swords, the ex-boxing champion, however, urged them to settle the widely publicized matter out of court.

According to him, the weight of the allegation is capable of shouting down COZA church forever.

“The r*pe allegation is bad news that has sold more than a hot cake. There is need for both parties to come forward and confess the whole truth for the mercy of God to prevail. I also advised that the matter be settled out of court.”

“The truth is that both parties are more popular now than they were before, the bad news started trending on the internet. The popularity will lead to notoriety which I believe nobody would want it,” he advised.
Top Stories