It was gathered that young men bearing guns opened fire on those approaching the front gate axis, forcing students to scamper for safety. 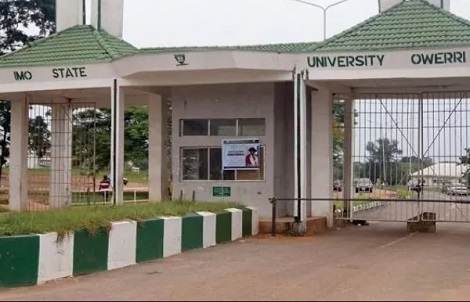 There was pandemonium at the Imo State University, Owerri, on Wednesday evening as an ongoing cult clash between rival groups claimed no fewer than two lives while several others were rushed to the hospital.

The clash, which broke out between two yet-to-be identified confraternities around the main gate of the varsity, caused panic as students and traders scampered for safety.

A student of the university, who did not want his name in print, told our correspondent at the scene of the incident that young men bearing guns opened fire on those approaching the front gate axis.

The undergraduate said the killers shot at their targets before zooming off.

He said, “The boys carried guns and they shot at their targets before running away. Two people had died before policemen and security men on campus arrived. Policemen had to rush others, who were shot but still alive, to the hospital.”

The state Police Public Relations Officer, Orlando Ikeokwu, said the operatives of the command had arrived in the institution.

The police spokesperson, who said he could not confirm any casualty figure as of the time of filing this report, explained that the operatives of the command had rushed some injured ones to the hospital.

The Public Relations Officer of the university, Obi Njoku, said those who were killed were not students of the institution.

He said, “Only one person has been confirmed dead and he is not a student of our university. He is a student of Alvan Ikoku Federal College of Education, Owerri, but had a shop around our school.”
Top Stories

“Did Your Protest Bring Back The Dead?” – BBNaija’s Gifty Lambasts #EndSARS Protesters, Blames Them For Lekki Shooting
Recent Stories

#EndSARS: You Won't Believe How Much Investors Have Lost As Stocks Nosedive...See The Figures