Oraeki took to his Twitter handle to call out the publications who had carried his photo, tagging several of them and asking that his photo be dropped from the publication. 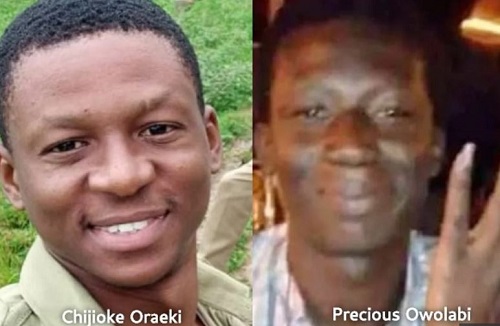 A National Youth Service Corps member, Chijioke Oraeki, serving in Ogun State, has said that he is not Precious Owolabi, the corper who was shot during the police-Shi’ites clash in Abuja.

Owolabi later died of his injuries.

Oraeki said that his picture had been used in stories relating to the death of the young man,.

He took to his Twitter handle, @cjoraeki to call out the publications (not The PUNCH), who had carried his photo, tagging several of them and asking that his photo be dropped from the publication.

In one tweet, he said, “There are pictures of my friends and I circulating the social media that I am Owolabi Precious. My picture was cropped out of the picture I took with my friends when we went to BBC (Big Bottling Company) to submit our applications for place of primary assignment.”

His friend, Nath-Raphael Ogwuche, on his Twitter handle, @sturfone, “We went in search of PPA, took a selfie and somebody used our pics to write RIP. Where is our law, where is Justice?”

Oraeki is a graduate of  Mechanical Engineering.
Top Stories