Some protesters have stormed the office of Amnesty International, demanding that the rights group leave Nigeria. 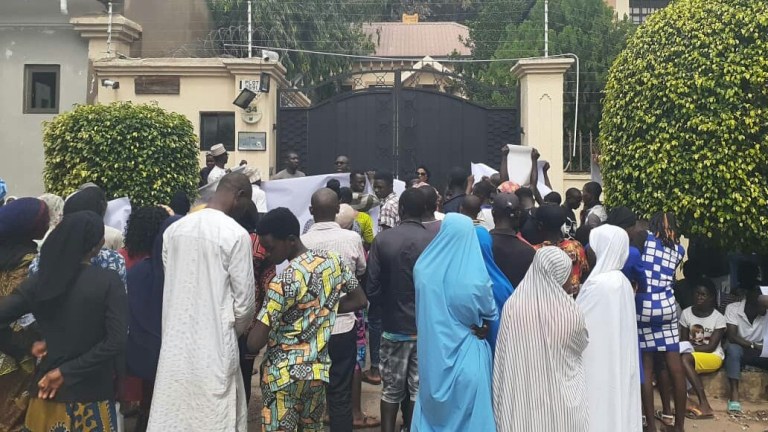 It was learnt from the rights body’s officials that the demonstrators arrived at about noon on Friday and demanded its immediate exit from Nigeria.

Isa Sanusi, a spokesperson for Amnesty International Nigeria, told Premium Times that the protesters appeared to be pro-government, and they expressed anger about how the group has been critical of the Buhari administration.

The protest comes hours after reports emerged on social media that the government was planning to target Amnesty International and blacklist the group as a threat to Nigeria’s sovereignty amidst allegation that it was sympathetic to an upcoming nationwide protest.

The nationwide protest, tagged ‘RevolutionNow’, was planned by Yele Sowore, a media personality, activist and politician. The protest had been planned to commence on August 5 in at least 21 cities across the country.

Friday’s protest against Amnesty International is not the first against the global rights group.

PREMIUM TIMES reported how participants at a similar protest months ago got paid after participating in the protest.