Nigerian rapper, Falz has criticized the decision to hand a 'Icon of Democracy award to Senator Abbo. 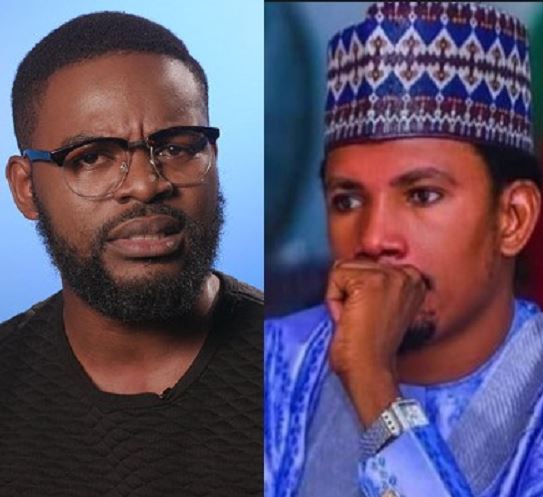 Abbo, who is renowned as Nigeria’s youngest senator, was presented with the award in Abuja last week.

He recently made the headlines following a CCTV footage of him repeatedly slapping a nursing mother in an Abuja sex toy shop that went viral.

Apparently cheesed off by the award, the talented singer took to his Instagram page to suggest that the Adamawa-north lawmaker be given a plaque that says “biggest disgrace of the year”.

He further sought answers from the national assembly and the Nigerian police with respect to the status of Abbo’s case.

“What kind of joke is this man? This was the senator that was caught on tape assaulting a woman in an adult store. Icon of Democracy Award? Shameless at the highest level. It is actually disgusting. He should be holding a plaque that says ‘Biggest Disgrace of the Year’,” Falz wrote.

“To the Nigerian police, I thought this man had been charged to court. What is the status of the case? To the national assembly, what disciplinary action was taken against him? We need answers, this man cannot remain in the senate.”
In the video clip (above), Abbo is seen flanked on both sides with a plaque and an award frame from IACDI as he spoke highly of himself.

He also described his connection with the Abuja sex toy shop assault scandal as “leadership” and “politics”, adding that he’s convinced young Nigerians would “draw strength” from him.