The organisers of the protest had said they will not be deterred by the arrest of their leader, Omoyele Sowore. 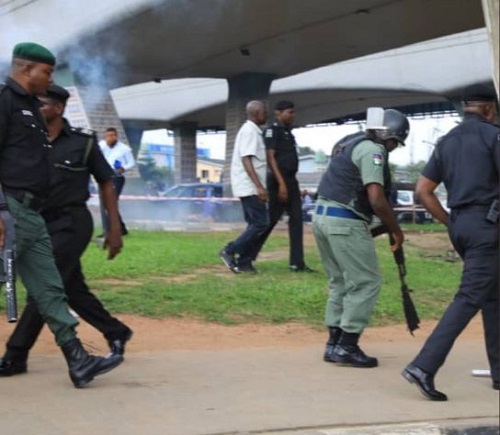 Security agents have surrounded the National Stadium in Surulere, Lagos, in anticipation of the #RevolutionNow protest march scheduled to hold today.

The security agents have the OP MESA vans parked around the stadium, The PUNCH can confirm.

The Operation MESA or OP MESA, as it is commonly referred to, is a joint Internal Security Operational platform made up of the Army, the Navy and the Air Force.

Mr. Omoyele Sowore, publisher of the online medium, Sahara Reporters, who was also the presidential candidate of the African Action Congress in the February 2019 General Election, had called for the staging of the #RevolutionNow in what he described as a protest against bad governance in the country.

He was arrested by operatives of the Department of State Services at his home on Saturday.

The DSS had said that Sowore was arrested “for threatening public safety, peaceful co-existence and social harmony in the country.”

The agency called on Nigerians to disregard “threat of revolution” issued by him.

The organisers of the protest had said they will not be deterred by the arrest of their leader, Sowore. 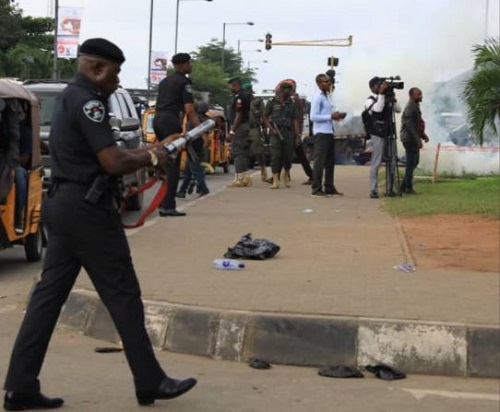 One of the organisers, who is the General Secretary, United Action for Democracy and member of the Socialist Workers and Youth League, Mr. Kunle Ajayi, had vowed to go on with the mass action.

“#RevolutionNow: They think they can stop an idea whose time has come. You have plenty to arrest. We will show you all that our generation cannot continue with your state madness. We will hand over a better world to our children. The time to act is now!!!” Ajayi said via his Twitter handle, @AjayiWizeman on Saturday.

Ajayi’s post was accompanied with a picture showing five members of the protest group holding a banner with the inscription, “#RevolutionNow. Time to act is now!”

“This arrest is not surprising to us. We know that the Presidency has tried everything in their powers to discredit and dampen our struggle,” he said.

Ajayi, in a statement on Saturday, had spoken on behalf of the Lagos chapter of the AAC, calling for more mobilisation in defiance of the government order banning the scheduled action.

“We believe that the #RevolutionNow will outlive all forces of repression, particularly the Buhari Presidency.

“We call on the Coalition for Revolution and other organisers to continue with the mobilisation. A failed government cannot use force to make the mass of people to accept its failure.”

Another group, the Coalition in Defence of Nigerian Democracy and Constitution, vowed that the mass action planned to commence on Monday would go on as planned despite Sowore’s arrest.
Top Stories