Cultist Arrested While On His Way To Kill Rival (Photo)


A notorious cultist has landed in hot soup after he was caught while on his way to kill a rival. 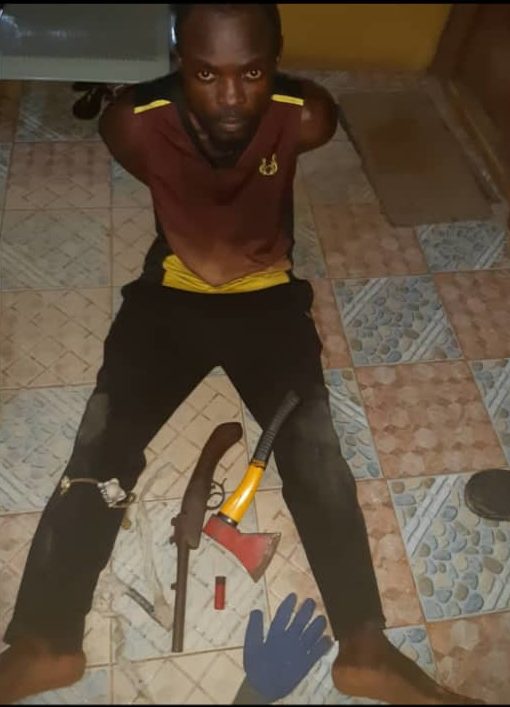 The suspect
Men of the Ogun State Police Command on 24th July, 2019, arrested one Biodun Adelokun, a notorious Aiye cult member, on his way to eliminate a rival cult member in Ogijo area of Ogun State.
The suspect was arrested by policemen attached to Ogijo Division, who were on routine patrol with the DPO, CSP Muhammed Baba.
The team accosted three men on Bajaj motorcycle with registration number KJA 778 QH at Fakale Road, Ogijo, but on sighting the policemen, the three men took to their heels but were given a hot chase. The officers succeeded in arresting one of them with a bag. When the bag was searched, a locally made cut to size pistol, a live cartridge, an axe and assorted charms were recovered in it.
On interrogation, the suspect confessed being a member of the dreaded Aiye cult group and the chief executioner of his group. He stated further that he was on his way with two others to eliminate a member of a rival cult group, who had been earmarked for execution by his own group before he was arrested by the DPO and his men.
Meanwhile, the Ogun State Commissioner of Police, CP Bashir Makama, has ordered for a massive manhunt for the fleeing members of the gang as well as thorough investigation of the case.
Top Stories