It was previously reported that Adichie was featured in Meghan Markle's forces of change list for British Vogue cover. 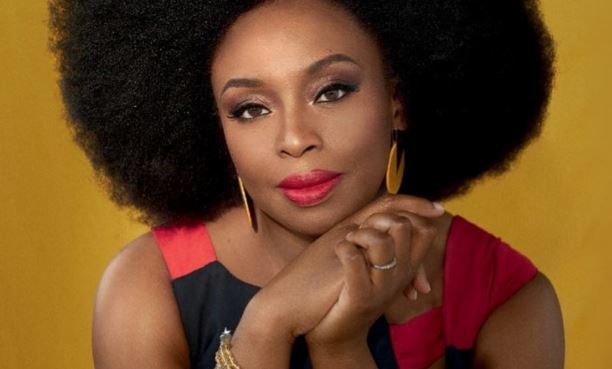 Chimamanda Adichie
A Nigerian celebrated author, Chimamanda Adichie, has faulted the structural arrangement of the country political cycle.
Vanguard reports that Adichie said the other sections of the country have treated the Igbo race irrationally 50 years after the civil war ended.
It was gathered that she spoke, on Sunday, August 4, shortly after planting a tree at the Nelson Mandela gardens in Asaba, the capital of Delta state, where Nigeria’s environmentalist and conqueror of the Sahara desert, Newton Jibunoh, received her.
She said: “I think we should have a sort of truth and reconciliation committee in this country, not just to address Biafra, which should be a central part of it, because it is impossible to understand Nigeria without understanding her history from around 1965 to 1970.
“For Nigeria to thrive as a nation, we have to acknowledge the truth. In Asaba for instance, brutal massacres happened during the war and not yet acknowledged and so a lot still needs to be done, let us just air our history, sometimes all people need to hear is sorry. Adichie said there were houses in Port Harcourt that were named abandoned properties and were illegally taken from their owners.
"There were people who lost everything they owned and just given a tiny amount to start all over. That is injustice that has not been addressed.
Acknowledging our history does not mean we will have to divide Nigeria and dissent does not mean treason,” she added.
It was previously reported that Adichie was featured in Meghan Markle’s forces of change list for British Vogue cover.
It was reported that the Duchess of Sussex, Markle, picked 15 women she considered strong ambassador for change for the upcoming September edition of the magazine which she co-edited.
Top Stories