COZA R*pe Scandal: How Nigerians Reacted To Pastor Fatoyinbo's Return To The Pulpit


Nigerian have reacted to the return of Pastor Biodun Fatoybo to the pulpit after taking a leave of absence in the heat of his r*pe scandal. 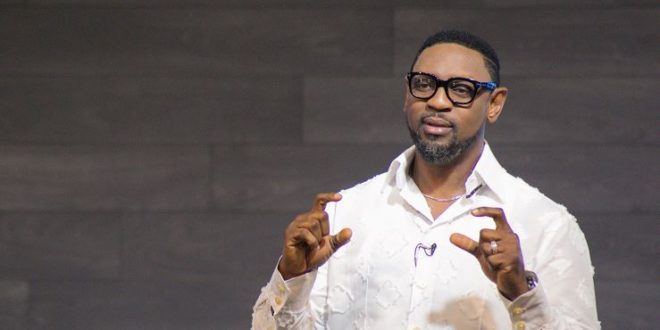 Pastor Fatoyinbo
One month after Biodun Fatoyinbo, founder and senior pastor of the Commonwealth of Zion Assembly (COZA) stepped down after being accused of r*pe, he returned to the pulpit on Sunday.

Mr Fatoyinbo stepped down in July after hundreds of protesters stormed the church’s headquarters in Abuja and its branch in Lagos.

The protests were in reaction to the allegation made by Busola Dakolo, a photographer and wife of popular Nigeria singer, Timi Dakolo. Mrs Dakolo alleged that the pastor raped her twice when she was a teenager.

On Sunday, the pastor delivered the sermon titled “Sudden Victories.”

Last week, a member of the church’s board of trustees, Obafemi Banigbe, also resigned from the church.

Several Nigerians took to social media to react to Mr Fatoyinbo’s return to the pulpit.
See some of the reactions on Twitter below. 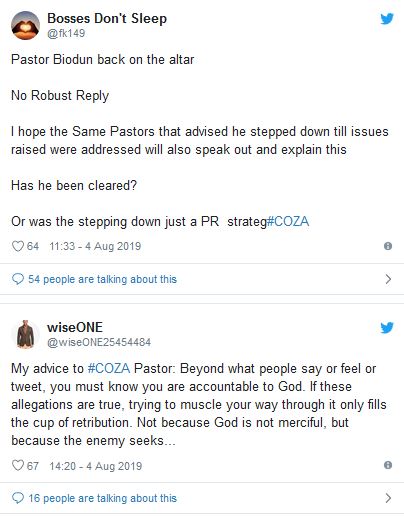 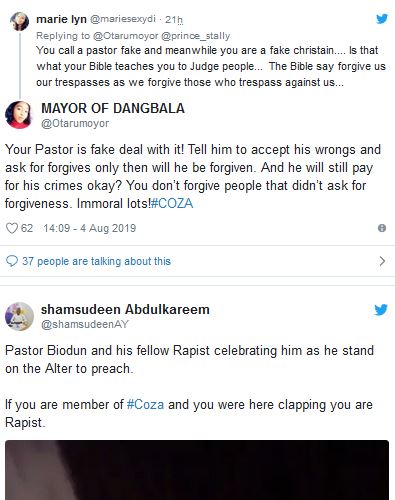 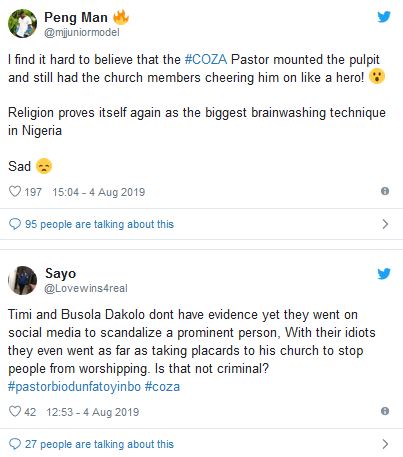