BBNaija: Jeff Resigned From Work & Told His Colleagues That He's Going To Canada


Jeff left the commercial bank where he was actually earning well to participate in the Big Brother Naija reality show. 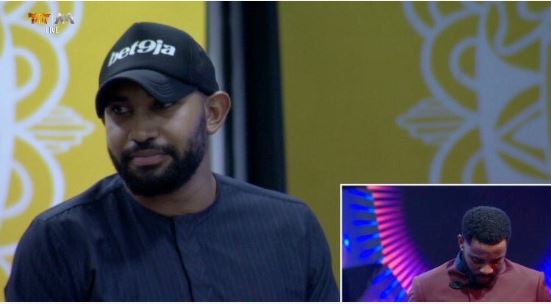 Jeff
A Twitter user with handle named "Uniqueify_1" took to her account to reveal that the evicted housemate, Jeff resigned from his job and told his colleagues that he's going to Canada.
Only for them to see him on the leading TV reality show in Nigeria, Big Brother Naija. Jeff had told the show host, Ebuka that he has some plans for his life and Big Brother Naija show was just a part of it.
See tweet below: 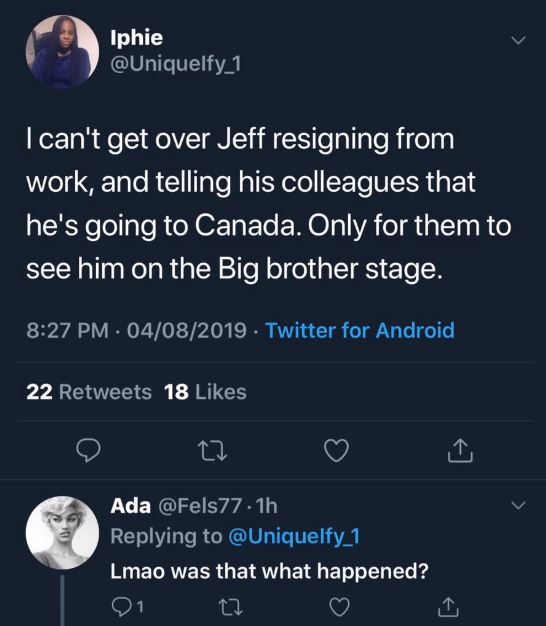