EFCC Speaks On Why It Raided Former Zamfara Governor's Home


Abdulaziz Yari, becomes the second personality whose home was raided this year by the EFCC after his tenure expired. 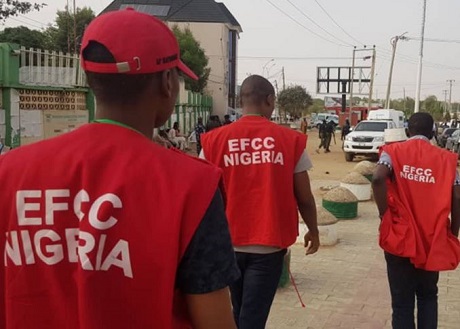 The Economic and Financial Crimes Commission has said it raided the residence of former Zamfara State Governor, Abdulaziz Yari,  following the allegations of economic and financial crimes levelled against him, the News agency of Nigeria reports.

Acting spokesman for the anti-corruption body, Tony Orilade, said this in an interview with NAN  in Abuja on Monday.

NAN reports that the EFCC raided the home of the former chairman of the Nigeria Governors Forum on Sunday night.

Yari  becomes the second personality whose home was raided this year by the EFCC after his tenure expired.

#LekkiShooting & The Looting: Why Some Nigerians Are Living In Denial