Despite the move being what would be a record fee spent by a British club, it would fall below the Eagles' valuation of 120m pounds. 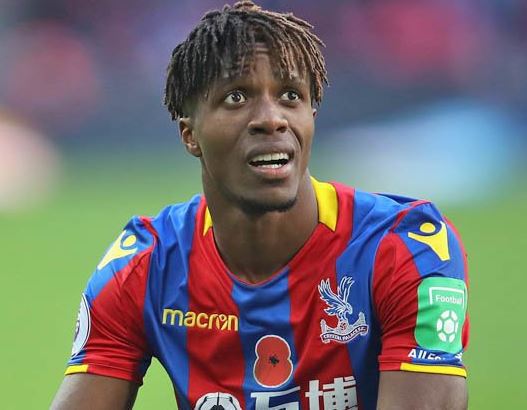 Wilfried Zaha
Everton are preparing to send Crystal Palace an eye-watering £100million mega deal for Wilfried Zaha.
The Toffees have assembled an offer which includes £65m plus striker Cenk Tosun and midfielder James McCarthy to present to Palace, according to the Sun.
Despite the move being what would be a record fee spent by a British club, it would fall below the Eagles' valuation of £120m.
Everton have already seen offers of £52m and £55m snubbed by Palace, but the new offer is thought to be their limit.
The Merseyside club released a statement last week claiming that they had ended their interest - and confirmed that at the time they had not offered £55m along with Tosun and McCarthy.
“Everton Football Club categorically denies that a bid has been submitted to Crystal Palace for Wilfried Zaha that included an increased sum plus Cenk Tosun and James McCarthy," it read.
“Everton and Crystal Palace have a very good relationship. A bid was made over the weekend which was turned down. Both clubs agreed that was the end of the matter.”
Zaha has previously been the subject of a £54.6m offer from Napoli, which was rejected, while Arsenal were interested earlier this summer - but withdrew their name from the ring when they signed Nicolas Pepe from Lille.
The Ivory Coast international is said to be expectant that he will be an Everton player by the end of Thursday, when the transfer window closes, with the promise of increasing his £130,000-a-week wages.
Top Stories