A young boy has been rescued by a Nigerian activist after he was chained by his stepmother and father. 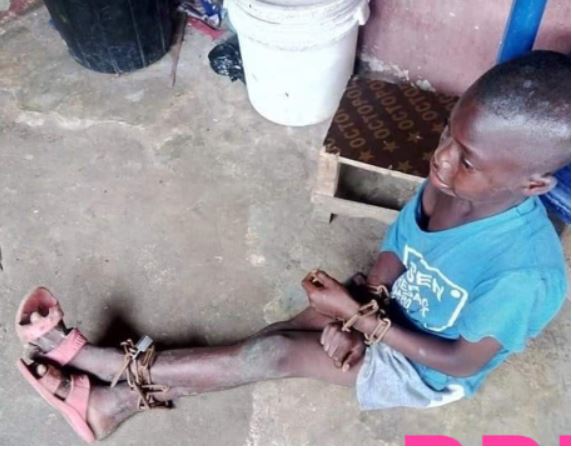 The poor boy
A 9-year-old boy, Gift, in Abia state has been rescued after his stepmother and father left him in chains for weeks.
Activist, Harrison Gwamnishu who shared a video of the boy in chains, says the victim lost his mother at birth and has been living with his father and stepmother who subjects him to inhumane treatment.
According to reports, the father and the stepmother chained the little boy on Sunday July 4th and went out for a function. It was the neighbours that raised alarm, called a welder and rescued the boy.
Harrison revealed that the boy has been handed over to the state Ministry of Women Affairs.
This case comes few days after the video of a woman flogging a young boy and throwing him into a dog cage surfaced online.
Watch video below:
Top Stories