A renowned Nigerian artist, David Dale has died at the Military Hospital in Yaba, Lagos state. 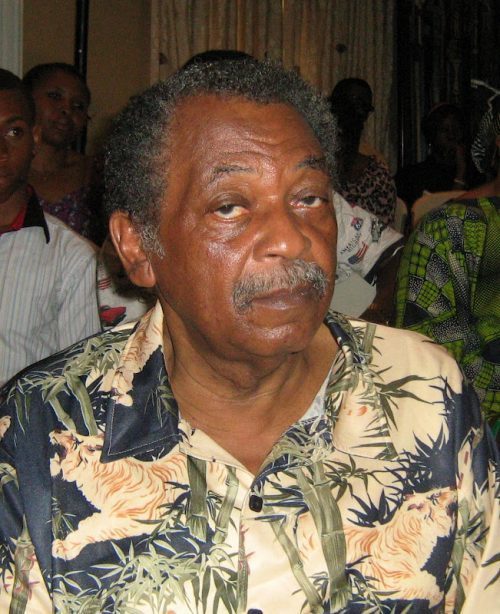 David Dale
Nigerian renowned artist, David Dale, has died in Lagos. He died on Tuesday at the Military Hospital, Yaba at about 4am, after a long and traumatic battle with stroke, ThisDay reports.

The artist, famous for the stained glass technique had faced health challenges which had been a collective concern of the Nigerian art community.

He has been in and out of coma, and recently he broke a thigh bone that required a surgery.

Thereafter, he suffered another stroke that impaired his speech and ability to recognise people.

Born in 1947 in Nigeria to a Scottish father and a Nigerian mother, Dale moved to the United Kingdom to live with an aunt at age two.

He returned to Nigeria to finish his secondary education at St. Gregory’s College, Lagos.
He met Bruce Onobrakpeya, the art teacher at the college who encouraged his interest in art.

Dale graduated from Ahmadu Bello University in 1971, specialising in Graphics and Design and moved back to Lagos to practice, working with Onobrakpeya for a few years before setting up his own studio.

He would go on to practice art, explore advertising and teach part-time at the University of Lagos in the eighties.

His early artworks and some of his best known artworks are done in the lino engraving and foil methods that Onobrakpeya practised. Dale ventured into print-making and worked with a variety of media including coloured beads, charcoal and stained glass.

Many of his early artworks explored the energy and variety of urban life in Lagos. His lines were sparse, eliminating superfluous adornment to create a visceral connection to his viewers.

Over three years ago, Dale suffered stroke, but survived 12 days of coma. A number of other financial support initiatives, aimed at assisting his further treatment abroad, have been held, particularly by art patrons at auctions and exhibitions to enable him seek further medical attention outside the Nigerian shores.

Among the early supports for Dale came from one of Africa’s leading collectors, Prince Yemisi Shyllon who, according to sources, picked the initial medical bills of the prolific artist. Later, another collector, Chief Rasheed Gbadamosi, now late, organised Dale Soiree, a private viewing of the ailing artist’s select works.