A syndicate specialised in defrauding unsuspecting traders with fake bank alert have been apprehended. 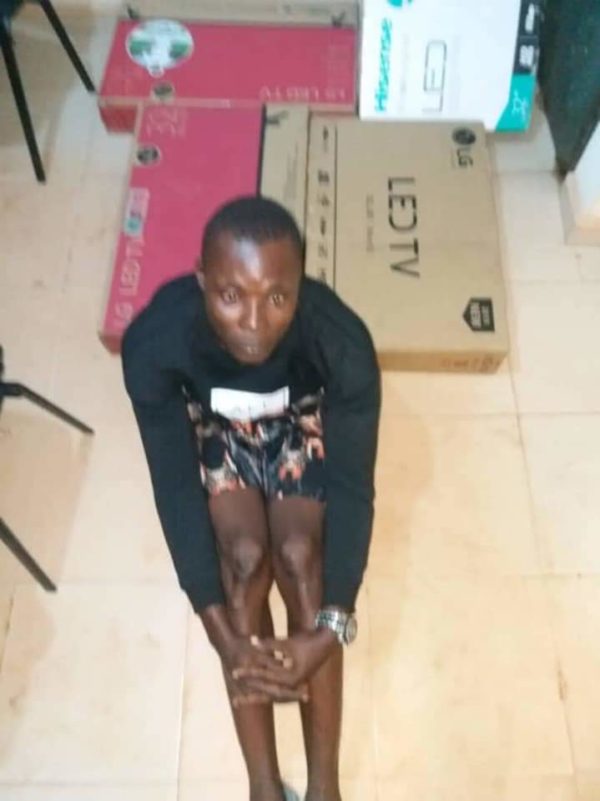 The suspect
Police operatives from the Anambra State Police Command have arrested a syndicate who specialised in defrauding innocent traders using fake bank payment alerts.
According to SP Haruna Muhammed, PPRO, Anambra State Police Command, on 1st August, 2019, at about 6:20pm, following intelligence report, Police operatives attached to the Command’s Monitoring Unit (CMU) arrested the following members of the syndicate: Eko Charles, 25, (main suspect and Rabiu Idris, 24, (receiver) both of Gariki Ugwuoba, Enugu State.
The Police spokesman said that the suspects, who specialised in defrauding innocent traders by generating fake bank payment alerts, went to the shop of one Godwin Chukwu of No. 59 Zik Avenue, Awka, Anambra State, on 31st July, 2019, to buy television sets. They were said to have fraudulently generated and sent fake SMS alerts for the payment of N200,000 to the seller’s phone and he susbsequently released two 43 inches television sets oblivious of their fraudulent trick.
Consequently, on 1st August, 2019, at about 1:pm, the suspects were said to have done the same thing and collected 4 television sets and other accessories all valued at N230,000.
SP Haruna said that the complainant then went to the bank to withdraw the money but was told by the bank that no payment was made into his account.
But as fate would have it, the same syndicate placed an order for 95 inches TV, a deep freezer, and a Sumec Firman generating set, with a promise to pay through mobile transfer. Unknowing to them, Police detectives laid siege around the shop premises and they arrested the main suspect, Eko Charles, who came to collect the items.
However, the four 32 inches television sets earlier collected under false pretense from the complainant were recovered from Rabiu Idris. He said that the case is under investigation after which suspects would be charged to Court for prosecution. 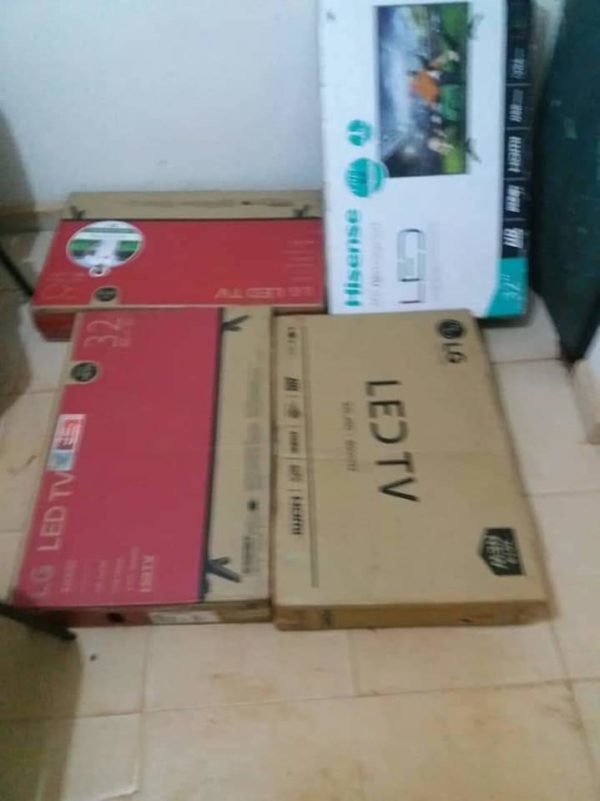