Men of the EFCC have apprehended 29 suspected internet fraudsters in Ibadan. 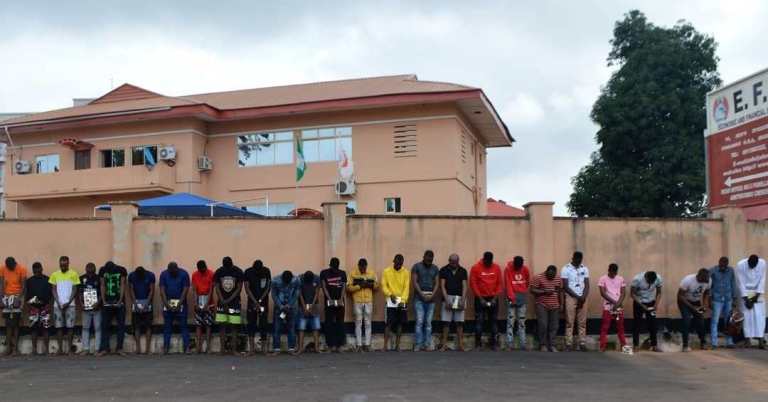 The suspects
The Economic and Financial Crimes Commission, EFCC, Ibadan zonal office, on Wednesday, arrested 29 men suspected to be involved in internet-related fraud.
The suspects were arrested at Akoto Estate, Elebu area in Ibadan during an early morning raid carried out by operatives of the Commission.
Earlier, the team had conducted series of surveillance, working on strings of intelligence gathered on the activities of the suspected ‘Yahoo Boys’.
The preliminary investigation was found to be credible, leading to the sting operation.
Among the items recovered from the suspects are eight exotic cars, many costly phones and laptops, as well as documents suspected to be used for their illicit dealings.
The EFCC said they would be charged to court as soon as investigations were concluded.
Top Stories