Recall that Sowore was recently picked up by the Department of State Services, DSS, for calling for the RevolutionNow protest. 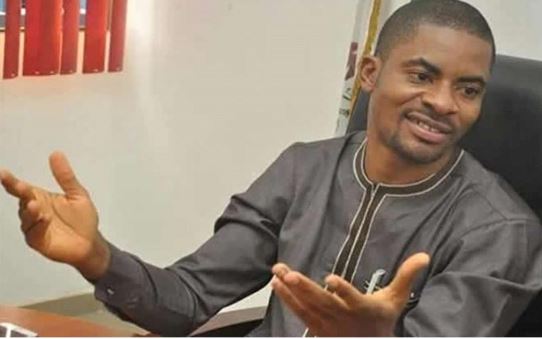 Deji Adeyanju,
The convener of a group known as Concerned Nigerians, Deji Adeyanju, on Wednesday rubbished claims that Omoyele Sowore’s RevolutionNow protest was being sponsored by some foreign interests.
Speaking with DAILY POST, Adeyanju charged those behind the claim to make public their proof of Sowore’s RevolutionNow protest being backed by some foreign interests.
He said this in reaction to a purported meeting between Sowore and the leader of the Indigenous Peoples of Biafra, IPOB, Nnamdi Kanu, in the United States, US.
Recall that Sowore was recently picked up by the Department of State Services, DSS, for calling for the RevolutionNow protest.
Reacting to Sowore’s incarceration, Adeyanju stated that the former African Action Congress, AAC, presidential candidate was in high spirits despite being locked up.
He disclosed that Sowore was mocking DSS operatives because they lacked knowledge of what they are doing, adding that the protest will still continue.
On the alleged meeting between Sowore and Kanu before calling for a revolution, Adeyanju said: “There is nothing like that; it’s a lie, he who alleges must prove. If there is anything of such they should put it in public domain. From the court order yesterday, they have nothing. It’s just unfortunate that we have too many shenanigans in the country.”
The activist continued: “Sowore is in high spirit and he’s even mocking them, DSS, because they don’t know what they are doing. From the request they were asking the court to grant them, you can see they have nothing. How can you arrest somebody without any concrete evidence?
“Nigerians have the constitutional rights to protest so any attempt to stop that in itself is illegality and an unconstitutional act. Just like Falana said yesterday, nobody can accuse Sowore of trying to commit a felony because he did not call anybody to arms. Did you see him calling anybody to battle the government or for the breakup of Nigeria? the answer is no. So, the ingredient of establishing treasonable felony can not be established.
“We just have a government that hates to tolerate opposing views but that doesn’t mean people should be cowed, afraid and not make demands for their rights. From those coordinating the RevolutionNow movement, they said the protest will continue and we believe that Nigerians have the right to protest.”
Top Stories