Mother, Daughter Beat Up IKEDC Officials With Pipes For Attempting To Disconnect Electricity


It was gathered that the complainants were in Alagbado to disconnect power supply to the defendants' home over huge debt but they were obstructed and assaulted. 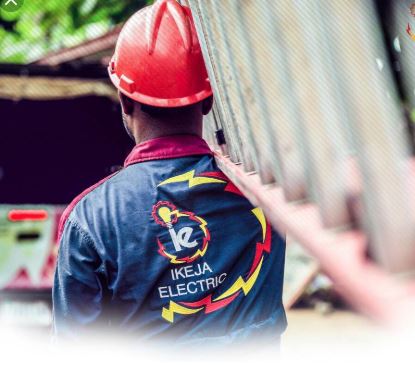 A housewife, Cecilia Osuji and her daughter, Vivian, who allegedly assaulted electricity officials and damaged their ladder Thursday appeared before an Ikeja Magistrates’ Court in Lagos.

Osuij, 50, and Vivian, 28, of Alagbado, Lagos, were arraigned by the police on a four-count charge of conspiracy, breach of peace, assault and damage.

Prosecution Counsel Mr Ezekiel Ayorinde, an Assistant Superintendent of Police (ASP), alleged that the defendants and accomplices, who are on the run, committed the offence on July 26 in Alagbado, Lagos.

The court heard that the defendants conducted themselves in a manner likely to cause a breach of peace when they beat up Mr Damilare Babalola, Emmanuel Ajiboye and Lateef Erinfolami, who were on official duty.

Ayorinde said the complainants were in Alagbado to disconnect power supply to the defendants’ home over huge debt but they were obstructed and assaulted.

“The defendants beat up the complainants with pipes which caused them grievous hurt.

Magistrate B.O Osunsanmi granted each woman N200,000 bail with two sureties in the like sum, among other conditions.