A black woman has made history after she was crowned Miss London beating other contestants for the crown. 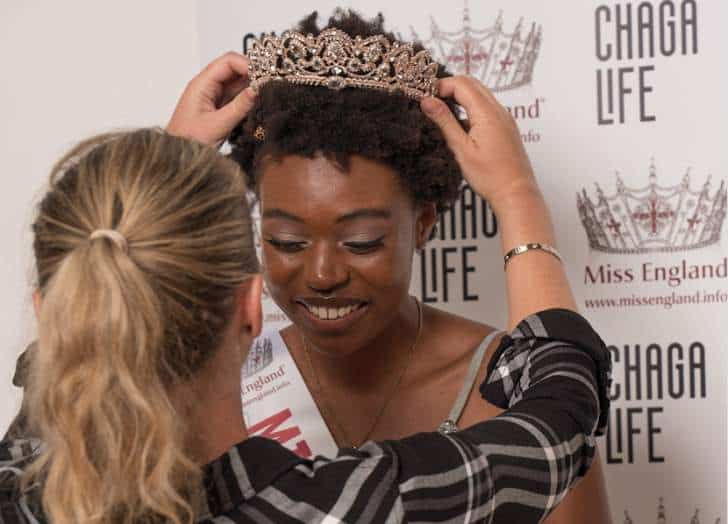 Miss London Vimbai Chapungu
Zimbabwean born Vimbai Chapungu has been crowned Miss London 2019 and is noted to be the first black woman to hold the title.
A Masters student at a top university in London, Vimbai has a passion for learning about the world and the people in it.
She hopes to use her platform to raise awareness about development issues and hopes to empower communities.
Vimbai, aged 24, recently took part in the Miss England Final held in Newcastle where the contestants underwent everything from a Sports Round and Talent Round to an eco-wear round and even a general knowledge quiz.
She qualified as one of the 50 finalists out of other 20,000 women that entered this year’s competition.
The winner was Bhasha Mukherjee, a 23-year-old junior doctor from Derby, who will now go on to compete at Miss World which is this year being held in London on Dec. 14.
As the first Black woman to have the Miss London title, Vimbai took advantage of this by wearing her natural hair during the Miss England finals to highlight natural beauty to the audience, where she was placed in the top 3 of 55 for the bare faced model title.
Her Masters thesis is about the Natural Hair Movement, which is a social phenomenon that seeks to empower Black women to wear their hair in its natural state, as opposed to chemically processing/relaxing their hair which has adverse health issues.
-NAN
Top Stories