The Big Brother Naija housemates have staged a thrilling fashion show which has excited viewers. 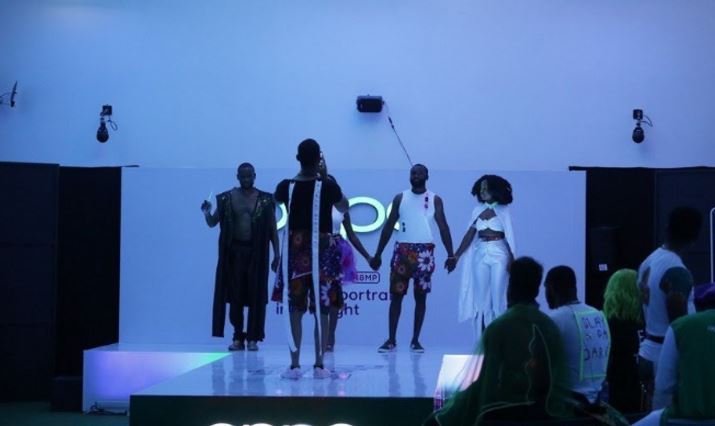 The fashion show
Housemates in the ongoing BBNaija season four staged an epic fashion show as part of their runway task on Thursday night.

In line with the theme, the ‘Pepper Dem’ gang stepped on the runway showcasing a colourful display of stylish neon couture designs, with fancy accessories as they owned the stage.

Opening the fashion show, Gedoni’s team delivered a spectacular show with Esther making the first walk in style and grace.
She led the rest of the team which consisted of Omashola, Diane, Omashola and Joe behind the camera.

Gedoni described their style as bold, daring and dangerous with an infusion of beautiful and colourful designs.

Although the preparation for Frodd’s team was almost marred by arguments, the team rose from petty squabbles to putting up a mind-blowing fashion exhibition.

Venita described their outfits as colourful as they wanted to make a statement on the runway.

The team went for sexy, playful and not the everyday outfit. According to fans, the group’s strongest point was the bare-chested Mike draped with a chain like jewellery over his shoulder.

NAN reports that Tacha led her team with Seyi, Khafi and Sir Dee as group members to present attires described as a fusion of the old and the new.
The team sought to bring the best of both worlds in order to unleash a dazzling level of creativity.

Their attires also had an obvious influence of an indigenous concept and they brought the heat to the stage.

NAN reports that Biggie acknowledged the creativity of the housemates and congratulated them at the end of the show.

Housemates hosted to an after-party after the show wrapped with DJ Bee Jordan spinning the wheels. Results for the challenge will be announced on Sunday.
Top Stories