Popular rapper, Kanye West has surprised his long-time manager with a brand new Lamborghini SUV for the man's birthday. 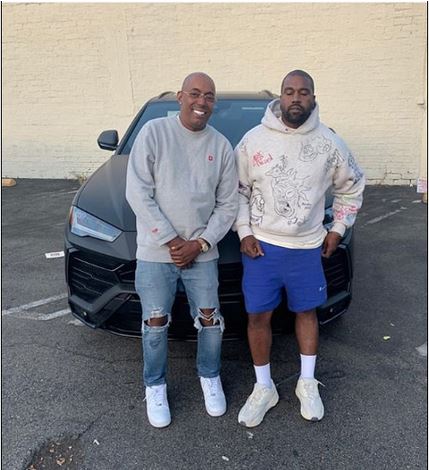 The 42-year-old rapper is said to have pulled up at the venue, Swanky eatery Delilah in West Hollywood, California Wednesday night ( August 7) in a brand new, customized luxury 2019 Lamborghini SUV, which he then gave to his longtime friend.

They initially tried to keep the car gift a secret, but John later told TMZ that the gift was from a 'very good guy' who he's known for 30 years.

Monopoly is credited with having discovered Kanye West in their hometown of Chicago.
Top Stories