A former chairman of the Independent National Electoral Commission, Maurice Iwu has been given N1 billion bail after his arraignment. 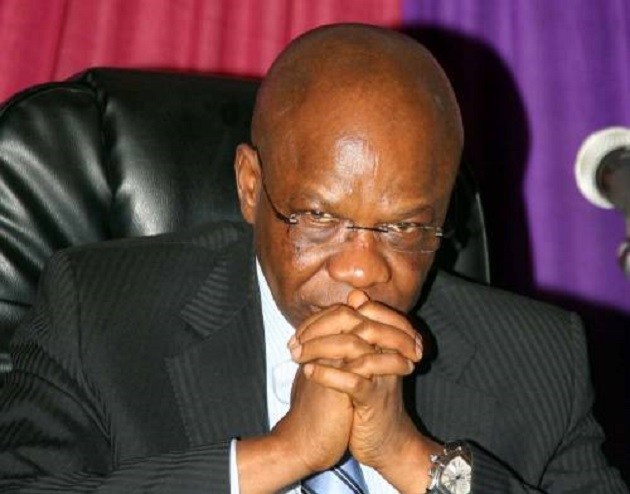 Iwu
According to Punch Metro, a former chairman of the Independent National Electoral Commission, Prof Maurice Iwu, who was charged with an alleged fraud of N1.23bn, has been admitted to bail in the sum of N1bn with two sureties in like sum.

Justice Chuka Obiozor said, in his ruling on Friday, that one the sureties must own a landed property in Lagos while the other must be a professor or a civil servant not below Grade Level 16.

The judge said both sureties must furnish the court with the statement of their bank accounts, showing a minimum balance of N1bn.

The sureties are also to submit their recent passport photographs.

In addition, Iwu was ordered to deposit his passport with the Deputy Chief Registrar of the court.

The judge ordered that he should be remanded in the prison custody pending the fulfillment of the bail conditions.
The Economic and Financial Crimes Commission had on Thursday arraigned the ex-INEC chairman on four counts bordering on fraud before the Federal High Court in Lagos.

The anti-graft agency alleged that Iwu committed the offence in the build-up to the 2015 general elections in which President Muhammadu Buhari defeated then-incumbent President Goodluck Jonathan.

According to the EFCC, Iwu, between December 2014 and March 27, 2015, “aided the concealment of N1.23bn in the account of Bioresources Institute of Nigeria Limited with number 1018603119, domiciled in the United Bank for Africa.”

The EFCC said Iwu “ought to have reasonably known that the N1.23bn formed part of proceeds of an unlawful act, to wit: fraud.”

But when the charges were read to him, Iwu pleaded not guilty.
While moving Iwu’s bail application on Friday, his lawyer, Mr Ahmed Raji (SAN), urged the judge to admit his client to bail in liberal terms but the EFCC vehemently opposed the bail application.

The EFCC counsel, Oyedepo, told the judge that Iwu might likely interfere with the witnesses assembled to testify in the case as they were INEC officials with whom he had worked closely.
Top Stories