Suspected armed robbers have dispossessed residents of a Police Barracks in Delta state, of their belongings. 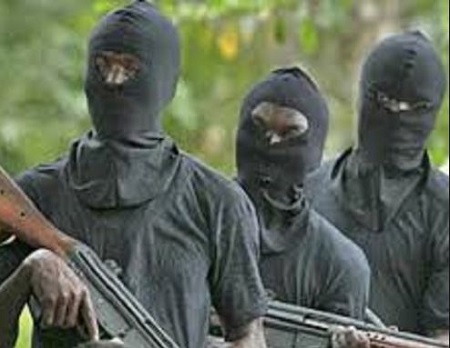 Residents of the ‘B’ Police Barracks along the Benin-Onitsha expressway in Asaba, Delta State have raised the alarm of incessant robbery attacks on them in recent times.

Some of the residents, who spoke to Sunday Sun on the condition of anonymity, lamented that hoodlums were coming to the barrack almost at night to rob them of their belongings.

They said the hoodlums are taking advantage of the darkness at the barrack occasioned by lack of electricity supply to perpetuate their criminal activities.

Sunday Sun learned that the transformer serving the barrack was vandalized about two months by yet to be identified persons who also made away with the cables.

“Since then, robbers have been coming here to dispossess us of our property. We have lost power generating sets, handsets laptops and personal effects to the dreaded thieves,” a female resident volunteered.

According to her “there is uncleared vegetation at the other side of the barrack, through which they gain access to the barrack. They have been tormenting us lately. They come through the bush, and because there is no power supply, everywhere is always dark, so we cannot see them coming in.”

Another resident who also spoke, said they have contributed N3,000.00 each to fix the vandalized transformer, adding that since the donation was made over a month ago, nothing has changed.

“Our lives are under serious threat as a result of darkness which the hoodlums are taking advantage of. We are very worried at the moment. We have not heard anything since we contributed money to fix the vandalized transformer,” the source disclosed.

But another source who also lamented the precarious security situation said the robberies were being orchestrated from inside, pointing out that some over-aged children of resident police officers are still staying at the barrack.

“My brother, the situation is terrible but there are some children who are above 18 years that are still around. This is not proper. I suspect that the pockets of robberies we are experiencing are orchestrated by these young residents.

“So we are appealing to the management of the state police command to investigate this matter and save us from the hands of these tormentors,” the source pleaded.

Reacting, the Delta State Commissioner of Police, Mr. Adeyinka Adeleke dismissed the issue of incessant robbery attacks on the residents but admitted that the barrack has been in darkness due to the vandalized transformer.
Top Stories