A promising Nigerian man has died just few days after completing NYSC program leaving his loved ones in serious tears. 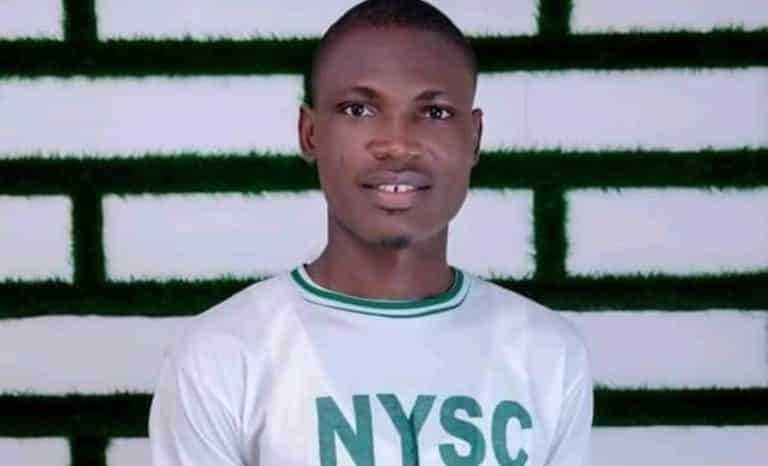 Simon Godwin Idoko
A 29-year-old Simon Godwin Idoko, who graduated with first Class from the department of Pure and Applied Chemistry, Usmanu Danfodiyo University in Sokoto State, has been confirmed dead few days after passing out of the National Youth and Service Corps (NYSC) program.
Simon who wrote JAMB six times before gaining admission for his first degree, served as a graduate assistant at Godfrey Okoye University in Enugu State before his death.
A friend of the deceased, Ameh Godwin confirmed the sad incident in a tribute he shared on Facebook.
He wrote: "Ogbee! This sounds unbelievable and heartbreaking. You made us proud by graduating with first class after writing UTME (JAMB) six times, today, you have been snatched by the cold hands of death in a mysterious way.How do I explain this to those who celebrated your academic feat with me Just three weeks after your NYSC, you went the way of all mortals.We spoke few days ago and you promised you were going to be fine. What happened? Is this the ‘fine’ you assured me?This is sad.
Simon Godwin Idoko, please tell my brother, Prince Ameh Jerry, that; this is what the world has been reduced to.Tell him the fences he left behind have fallen and strangers now pull down our beards.Tell him we now swim in tears and pains. Tell him our arms have broken and termites have destroyed our homes. What a wicked world.Ogbe, goodnight."
Top Stories