The institution announced that the decision to ban male visitors from the hostels was necessitated by recent robbery attacks on female hostels in the institution. 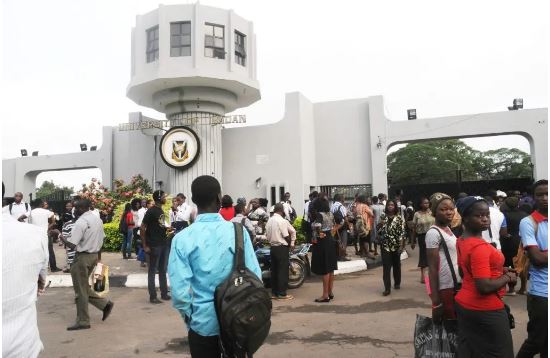 File Photo
The management of University of Ibadan has announced that male visitors have henceforth been banned from entering any of the female hostels in the institution.
The institution announced that the decision to ban male visitors from the hostels was necessitated by recent robbery attacks on female hostels in the institution.
It would be recalled that some armed robbers had in July this year, attacked the Obafemi Awolowo hall, where students’ property ranging from mobile telephones, laptops and money were forcefully taken away from the innocent female students. A correspondent gathered that, no fewer than two students were injured in the robbery attack in the female hostel.
A similar incident was recorded at the Abubakar Abdulsalami hall, a post graduate hostel, in the early hours of Sunday, where students’ property were taken away. Some students were also injured during the Sunday attack.
But, the institution in a release titled, “Security measures in Queen Elizabeth Hall, Queen Idia Hall and Obafemi Awolowo Hall”, said that as part of measures to curtain the robbery attacks, female students should also be screened at the Porters’ lodge in the female hostels.
Vice Chancellor of the institution, Professor Idowu Olayinka, in a statement obtained by DAILY POST on Tuesday, added that residents of the female hostels are to receive visitors outside their respective hostels.
Olayinka said, “In view of recent security situation on the Campus male visitors are henceforth prohibited from entering the above listed Female Halls of Residence.
“The Residents of the aforementioned Halls can only receive their male visitors outside the Hall. Female visitors should be screened at the Porters’ Lodge.
“Moreover, all male visitors are expected to leave the precincts of the female Halls by 8:30 pm. Any one found loitering will be regarded as a suspect.”
Top Stories