A slay queen has found herself in serious trouble after allegedly stealing a television from a hotel in Delta. 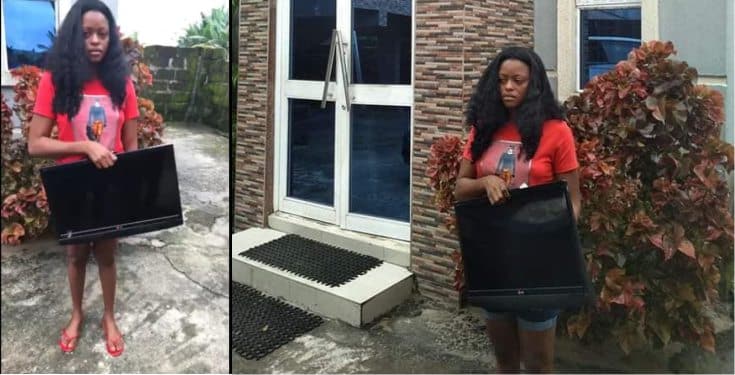 The woman after she was caught
A woman has been apprehended and paraded after stealing a Plasma TV belonging to Kevleyn Hotel in Delta State.
It was gathered that the woman identified as Laurenta, conspired with her boyfriend to commit the said act after lodging in the hotel for one week.
The receptionist’s guard was let down after the lady claimed her boyfriend was retaining the hotel room after being spotted leaving with a “Ghana Must Go Bag” which had the TV inside. 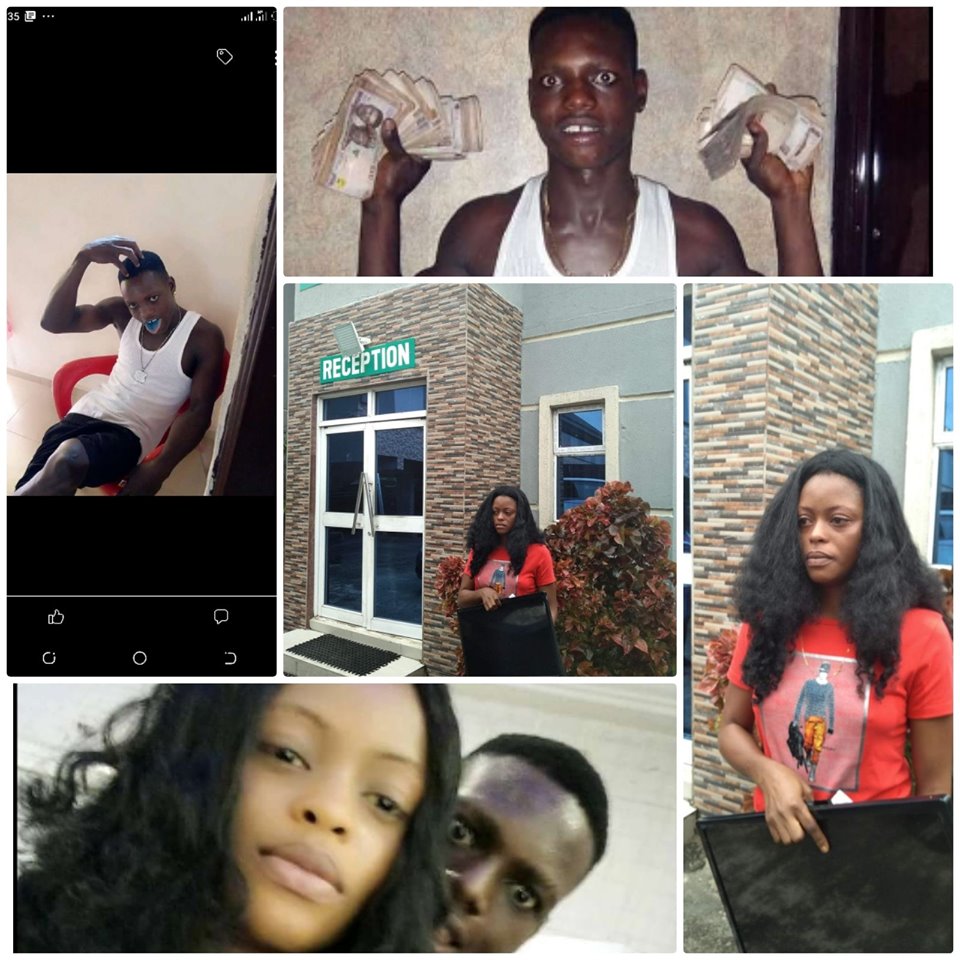 It was also learnt that her boyfriend who stole the hotel’s towel, umbrella and key left 3 hours later with claim of buying something.
Upon being traced to her sister’s house, the hotel’s management were told that Laurenta was subjected to mob action earlier after stealing N800k from a guy who slept with her.
The matter was taken to court and she was almost jailed with her boyfriend. Laurenta however confessed to the crime when dragged to the hotel and she reportedly said she used the TV to get a loan of N5k.
The TV has been retrieved from the men who loaned her the money. 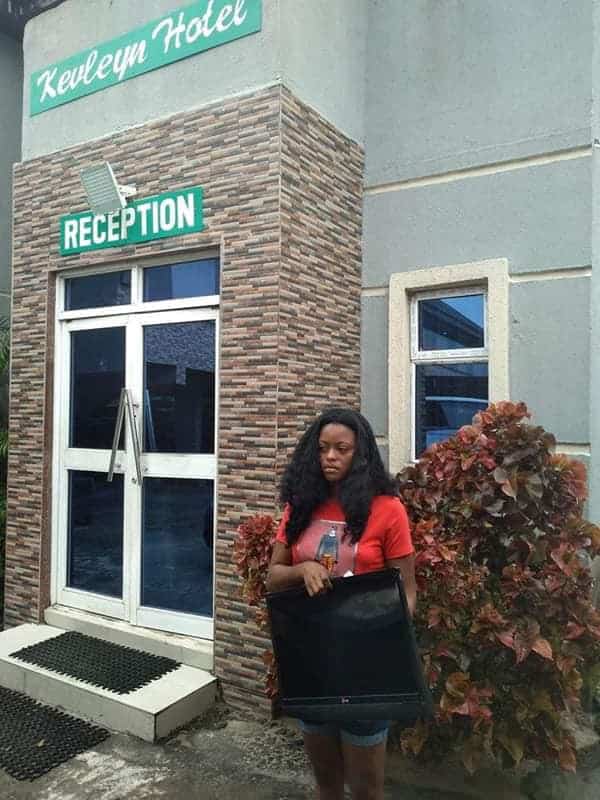 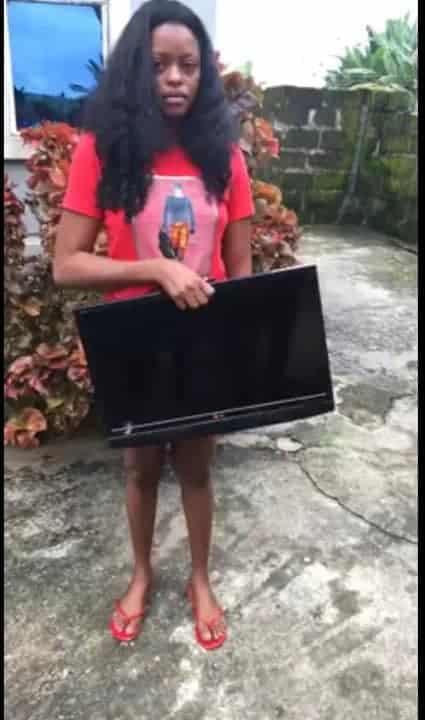