She said the news was devastating to the family members, especially their mother who is a petty trader. 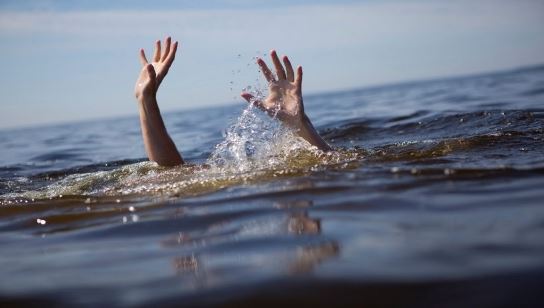 File Photo
A fifteen-year-old boy, simply identified as Onoriode has drowned due to a ravaging flood in Ikpirima Quarters, Osubi Community, hometown of the Speaker of the Delta State House of Assembly, Rt.Hon. Sheriff Oborevwori in Okpe Local Government Area.
It was learnt that the deceased had gone for fishing in company of three other children in a pool of water beside the Osubi Airstrip when the incident occurred.
A relative of the deceased who was seen weeping uncontrollably said no member of the family was aware that the children went fishing.
She said the news was devastating to the family members, especially their mother who is a petty trader.
A prominent member of the community, who spoke on the condition of anonymity, disclosed that they had made frantic efforts in the past to stop children from coming close to the pool of water.
He stressed that the depth of the water, which has gone through persistent dredging from Agbasa area in Warri South to the scene of the incident in Okpe Local Government Area is “quite unimaginable.”
“None of the children from this area dares go close to it.
“You can see that they are all from a distant community,” he said.
Another member of the community disclosed that they always recorded death on yearly basis.
He, therefore, called on the State Government to do something urgently to channel the water to the existing canals to avoid more deaths.
As of the time of filing this report, the remains of the deceased is yet to be recovered by divers who had launched a search into the waters.
The Delta State Commissioner of Police, CP Adeyinka Adeleke and the Police Public Relations Officer, DSP Onome Onovwakpoyeya are yet to pick calls, nor respond to text messages sent across to their mobile phone lines.
Top Stories