Indians have reportedly stormed the Nigerian embassy in that country to demand the freedom of El-Zakzaky. 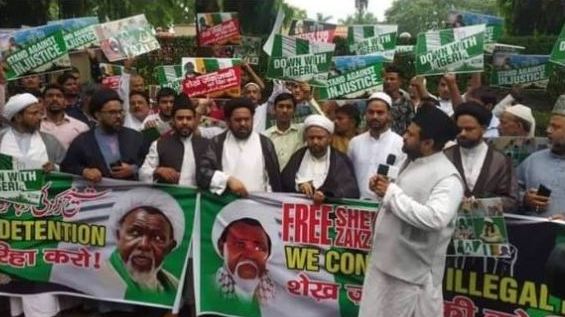 The Indians
Photos show some Indians who had stormed the Nigerian Embassy in India, as they called for the freedom of the leader of the Islamic Movement in Nigeria, IMN, Sheik Ibrahim El-Zakzaky, Vanguard reports.
Recall that El-Zakzaky and his wife, Zeenat had arrived India yesterday for medical treatment after the court in Nigeria granted them bail and leave to travel abroad.
The were, before then, under the custody of the Department of States Services, DSS.
The IMN leader was received by Indian doctors yesterday when he arrived India. He was escorted to India by some security operatives.
Meanwhile, the protesting Indians carried banners with inscription that read, “Free Sheik Zakzaky.” “We condemn illegal detention.” 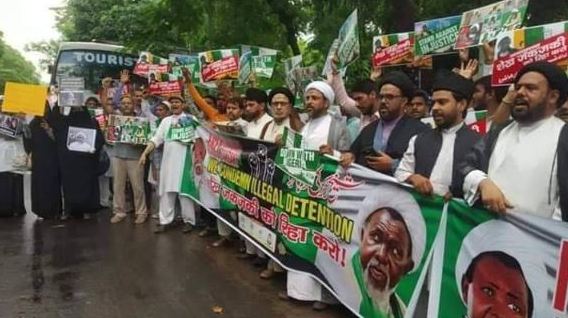 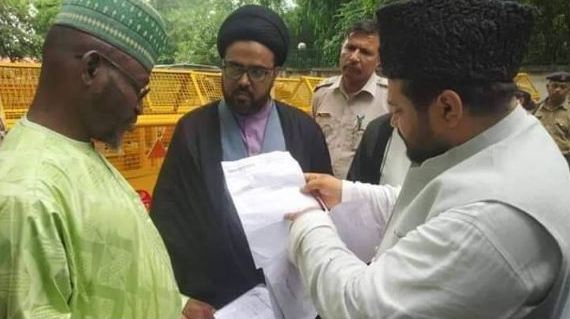 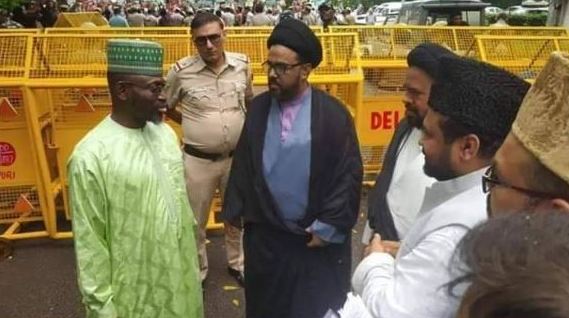 Offa Robbery: What Happened In Court On Tuesday