A supposed man of God has found himself in serious trouble after snatching a car in Lagos. 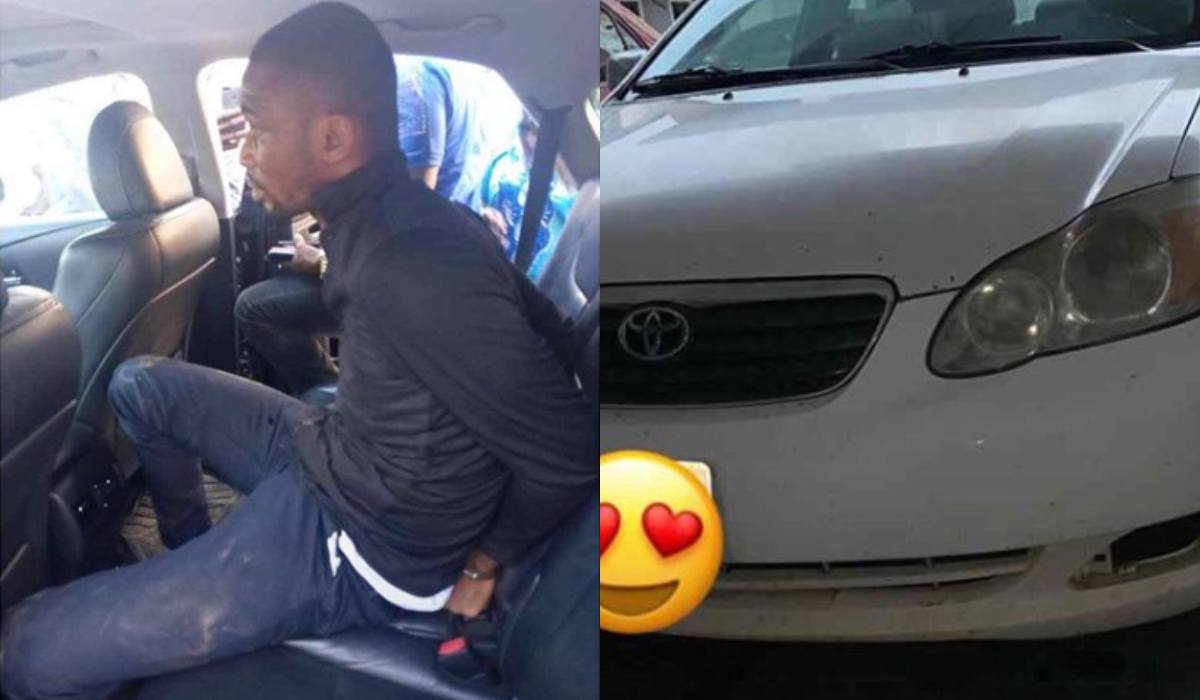 The pastor after he was arrested and the car retrieved
A man who claims to be a pastor has been arrested for snatching an Uber driver’s car in Lagos.
According to reports, the man claims he is a pastor of the Redeemed Christian Church of God (RCCG), after her reportedly snatched a Toyota Corolla from an Uber driver he tricked into checking a credit alert at an ATM by 4a.m in Lagos.
The Uber investor took to her social media page to call out the self-acclaimed pastor after the car was tracked and retrieved at Sagamu in Ogun state.
@Pineyes1_beauty who shared the story narrated how it all happened and wrote:
“I just can’t keep this testimony to myself! Yesterday was hell for me! The above thief snatched my Corrola from my one of drivers yesterday, around 4am,he tricked him to check his credit alert at the atm,unfortunately my stupid driver obliged leaving the ignition on,next smart man zoomed off with my car.car I just bought less than 2months,and gave to the driver,that was how madness Caught me yesterday oo,what more can I say but thank you Jesus! Thanks to my wonderful inlaw,and his team of men that acted so fast,my car was tracked and retrieved from this idiot at sagamu,bastard was already driving my car to the east, I just have to share this testimony, I know lots of Uber/ taxify investors that loose those car snatchers and will never be found,but my story is different, plz help me that God. U can imagine coming back from travel after all that relaxation and boom bad story face u. My God is just wonderful, my hard earned money! Ahhh. To every customers and friends I ignored their massages and calls, I’m so so sorry! It was beyond me. Hot piece catch me yesterday. My God is greater”
“Thanks to everyone that showed concern in my confused time this past few days ,Some of u even called me! Waow ! The amount of love and encouragement i received was immense,Godbless everyone of u and be there for us in the time of need! I will always remember all my concerned friends,customers turned families in my prayers . Godbless u. If I vnt replied yet its because I’ve been on my toes to make sure the culprit pays for his crimes. The police is doing their job now,my car has been released to me ,I am calm now ,all is well and The CAR SNATCHER will definitely pay for his crime! Oga claims he is a redeem minister, and abt to marry! See how these bad eggs bring bad names to church of Christ,and someones daughter was abt marrying an ARM-ROBBER, he messed with daughter of Zion, him cup come full .Thanks for ur love my people! WHO I BE? Wey Una love me like this . “ 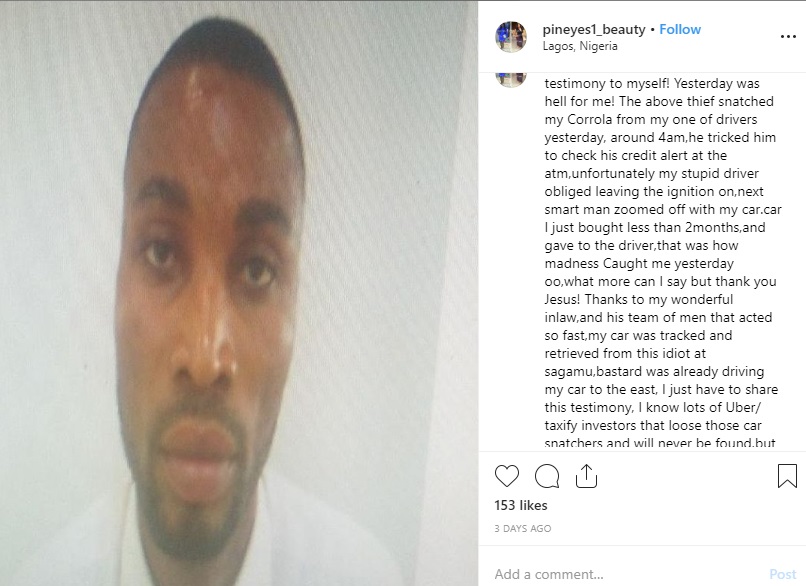 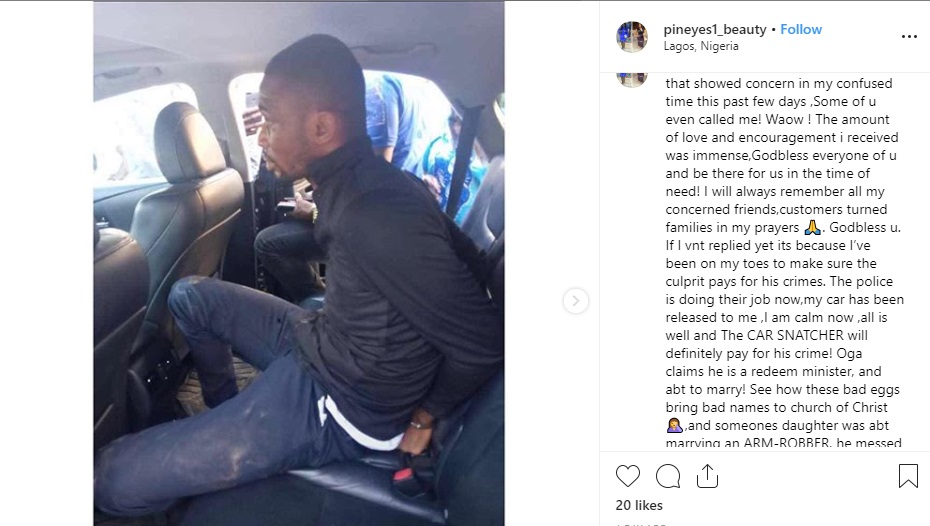