Why We Can't Pay N30,000 Minimum Wage To Corps Members Yet - NYSC Explains


The National Youth Service Corps has explained why it cannot pay corps members the N30,000 minium wage just yet. 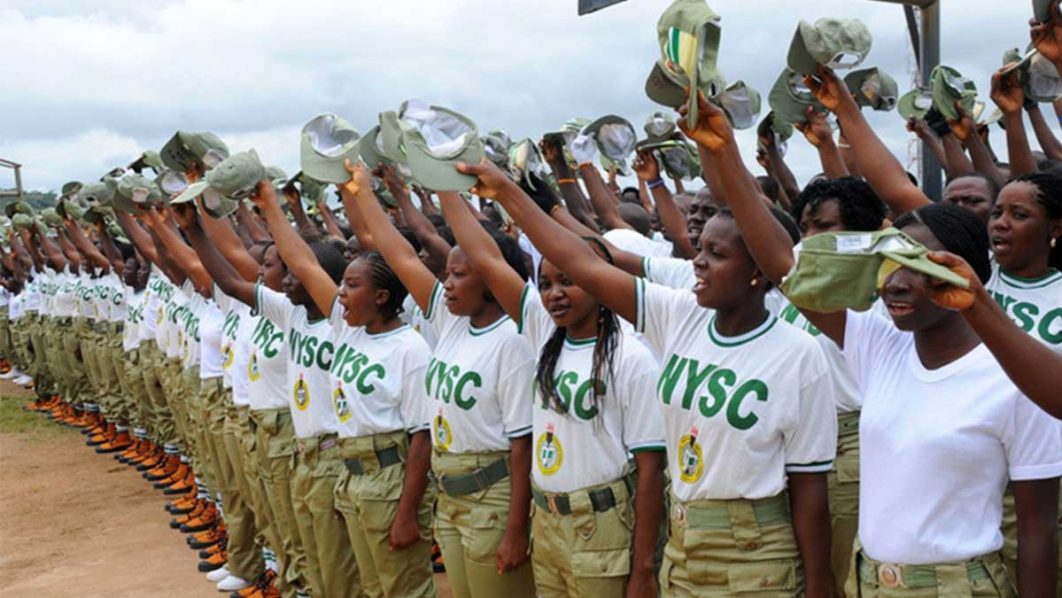 File photo
According to a report by PREMIUM TIMES, the National Youth Service Corps (NYSC) has said it cannot pay the N30,000 minimum wage to corps members yet because it is yet to get such directive from the federal government.

The agency also said it will hand over fake graduates coming for mobilisation to the police for prosecution.

The NYSC Director-General, Shuaibu Ibrahim, said these during a media parley on Thursday in Abuja.

He said the NYSC Act stipulates that fake graduates are liable to two years in jail, after prosecution.

He said a corps producing institution will be blacklisted if it engages in this act.

“Let me reiterate our warning that any person who presents fake certificate in an attempt to get mobilised for service will be handed over to the security agencies for prosecution. We are working on those fake corps members. They will be arrested and prosecuted,” he said.

“If I show you their papers, you will feel very sad. Some people have asked me if NYSC has the power to crosscheck the certification of graduates, I said no, but we have the power to ensure that unqualified Nigerians are not mobilised for service.

“The NYSC Act says unqualified Nigerians who go for service are liable for jail (term) of two years. So, the NYSC will never condone or abet illegality in any form. We want Nigerians to know that. Since inception, 4,644,804 Nigerians have participated in the scheme.”

Speaking on the minimum wage and N30,000 proposed allowance for corps members, Mr Ibrahim said the process is still ongoing.

”On the minimum wage, I cannot make any pronouncement because it is ongoing. The moment it is transmitted to NYSC, we will make it known to the corps members and the general public,” he said.

Mr Ibrahim said 4,644,804 Nigerians had participated in the scheme since inception in 1973, saying the scheme had been able to achieve national unity and integration.

The DG added that 1,132,409 corps members in all had been equipped with Skills Acquisition and Entrepreneurship Development package provided by the scheme.

The official said a number of skill acquisition centres have also been established across the country for the post-camp training of corps members.

He said the BOI-NYSC Graduate Empowerment Fund, which is a product of its partnership with the Bank of Industry (BOI), is “yielding encouraging results with the sum of over N540 million so far disbursed as loans to 325 corps entrepreneurs.”

He said the Central Bank of Nigeria (CBN), in partnership with Heritage Bank has disbursed N15 million to seven corps members under the NYSC/CBN ‘Youth Entrepreneurship Development’ (YEDP).

“Through our public-private partnership drive, Access Bank has undertaken and completed the building and furnishing of a 1000-capacity mega skills training centres for the North-east geo-political zone located in Gombe,” he said.

He also said the American multi-national, General Electric, in conjunction with the International Labour Organisation (ILO) under the Cognity Advisory Partnership has trained 40 NYSC staff who are now ILO certified ‘Business Entrepreneurship Trainers’.

He said date of birth of corp members would start appearing as from the issuance of the Batch C discharge certificates to guard against age falsification.

PREMIUM TIMES reported how the NYSC said it would include the date of birth of corps members on their certificates to guard against age falsification.

The NYSC said its decision was informed by the West African Examination Certificate and the scheme’s Exemption Certificate which included the dates of birth of the holders.

The current Director General of NYSC, Mr Ibrahim, was appointed on April 26. He replaced Suleiman Kazaure who occupied the position since April 2016.
Top Stories