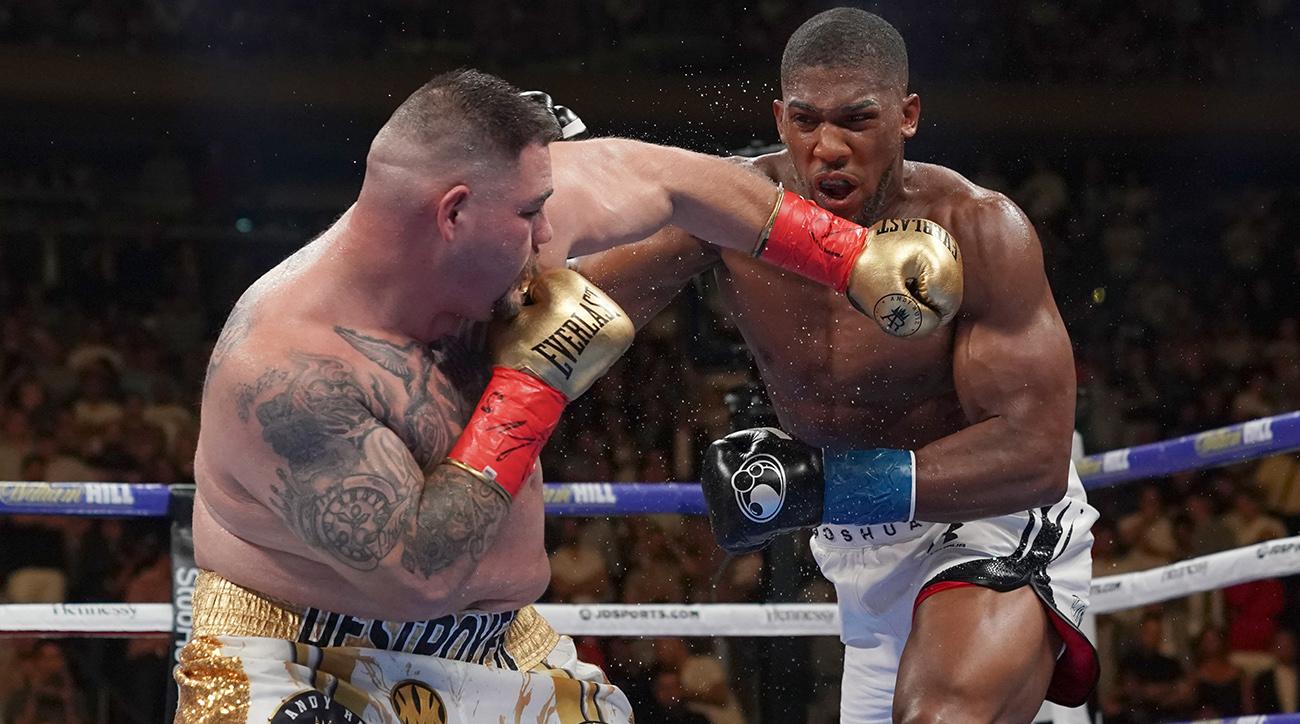 Ruiz’s team is still in negotiations with Joshua’s promoter Eddie Hearn to discuss the venue for the December 7th rematch. Hearn has already announced that the second Joshua-Ruiz fight will be staged in Riyadh, Saudi Arabia, but Ruiz Jr. says he wants the rematch to take place in New York again.

According to Boxing News 24, it’s believed that Hearn will sweeten the deal by giving Ruiz a bump up in pay from the $9 million that he’s set to get. Just how much of an increase Ruiz Jr. will get is unclear. Obviously if Joshua is getting between $40 million to $90 million for the fight, it’s grossly unfair for Ruiz to be getting $9 million. If Joshua is getting $60 million, it makes sense for Ruiz to be getting at least $20 million for the fight.

“There wasn’t that real fire,” said Joshua to IFL TV in talking about his loss to Ruiz Jr. “The smack talk is only digging his own grave, because it’s a different kind of thing now. I want to show people the art of bouncing back, and that’s what this is for me. Whether they believe it or not, they can run with it, and take it as you please. I know what I need to do. I’m going to trust in my own instincts, and then become for the second time the heavyweight champion of the world. I’m going to be two time,” said Joshua.

The way Joshua is talking, he’s going to brawl with Ruiz Jr. (33-1, 22 KOs) in the rematch, and that could prove to be a huge mistake. Joshua will leave himself open to being countered by the 6’2″ Ruiz, who has better hand speed, and is a superior combination puncher. No matter what changes Joshua does with his training for the rematch, he’s still not going to be quick. The conventional wisdom is the 6’6″ Joshua will use his height and reach to keep Ruiz helpless on the outside.

Joshua fought well against Joseph Parker when he stayed on the outside using his jab to control their fight. Letting Ruiz get near enough to land his shots in the rematch, that would be a foolish thing for Joshua to do. Joshua hasn’t made a change with his training team. He still has the same trainer in Rob McCracken, who failed to improve him since he turned pro. As the saying goes, ‘Garbage in, garbage out.’ In other words, if the input from a trainer is flawed and pure nonsense, then the end result will be “garbage.”

Joshua looks like he’s already lost 20 pounds of muscle since his seventh round knockout loss to Ruiz Jr. on June 1 at Madison Square Garden in New York. There’s a little less than four months to go before the rematch on December 7th, and it’s possible that Joshua could lose even more muscle weight unless bulking up during training camp. Losing weight is a good idea for Joshua, but not if it comes at the expense of his punching power.

Some boxing fans think Joshua’s hand speed will increase with him losing weight, but that’s not likely to happen. A fighter’s hand speed doesn’t change dramatically when they lose weight. What does change is their cardio improves depending on how they went about losing the weight. If they diet to lose weight, then cardio won’t be improved. The fighter needs to work on aerobic activities in order to improve their cardio. So if Joshua has been working on his cardio like he should, then it’ll help him in the rematch. The way Joshua is looking now,

“I took my ‘L’ like a man and I’m going to show people the art of bouncing back. That is what this fight is to me,” said Joshua. “I’ve got to resurrect myself and my spirit and re-enlighten myself. I’m going for the second time to become the Heavyweight Champion of the World.”
Top Stories