A man who was trying to steal a transformer cable has ended up being electrocuted in Delta state. 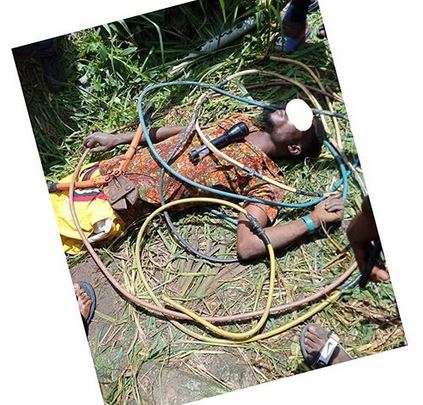 It has been reported that a yet-to-be-identified man has been killed while trying to steal a transformer cable.

Local reports show that the man was electrocuted while trying to steal cables from a transformer in Delta State.

The incident happened in the wee hours of Sunday in Ogharefe. Unfortunately for him, power was restored while he was in action and he died in the process.

The incident has caused quite a str in the area.
Top Stories