Fans of the BBNaija show have hailed DJ Humility for the work he did during the Saturday night party. 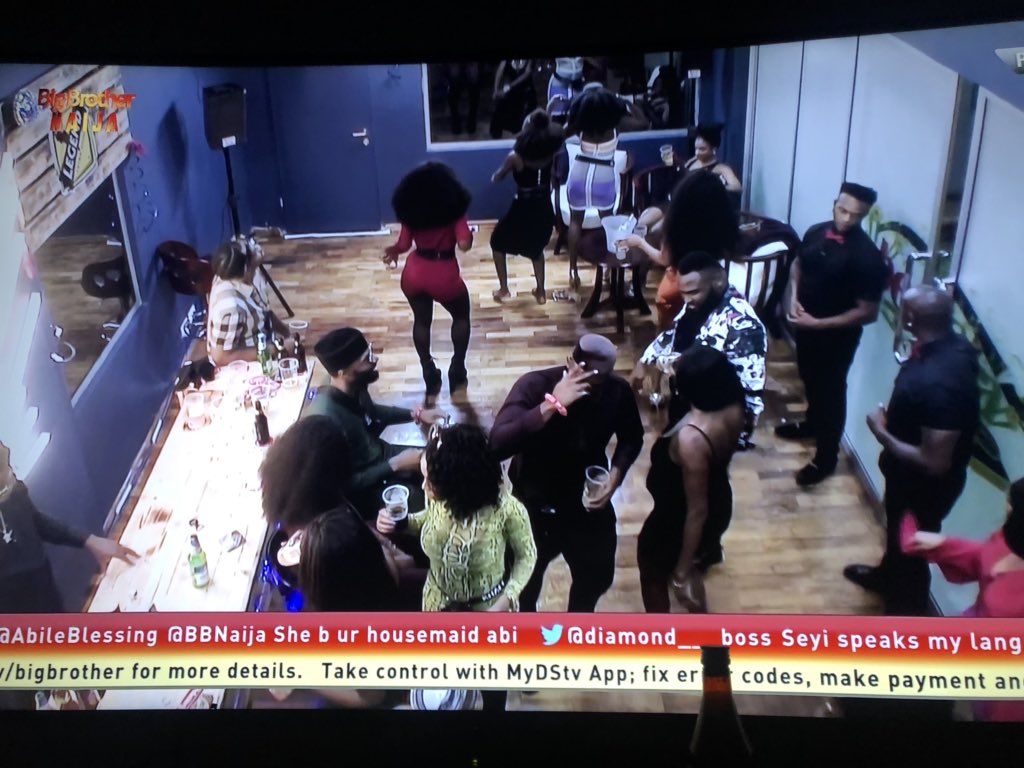 Fans hailed housemate Jackye Madu for loosening up during the DJ Humility-assisted Saturday night party.
News Agency of Nigeria (NAN) reports that the 23 year-old tech guru, Jackye took fans by surprise with her rara dance steps and vibes at the party.
Fans praised DJ Humility for supplying the right kind of music mixes that got Jackye and other housemates, especially Mike, Mercy and Cindy on their feet.

@Gladysdeborah said, “Thanks DJ humility, you made Hanty Jackye dats is always sitting like our sister in Lord in every Saturday’s night party to dance from the beginning of the party till the end.”

@BBNaija tweeted, “Agreed, see how even Jackye was spotted on the dance floor! #BBNaija”

Meanwhile, Saturday also doubled as Joe Abdallah’s birthday and his fellow housemates held a party in his honour, complete with cake and heartwarming speeches.

NAN reports that with ‘The Icons’ up for eviction, fans and housemates alike are eager to see the outcome on Sunday night.
Top Stories