A woman who thought she had kidney stones has given birth to triplets, taking everyone by surprise. 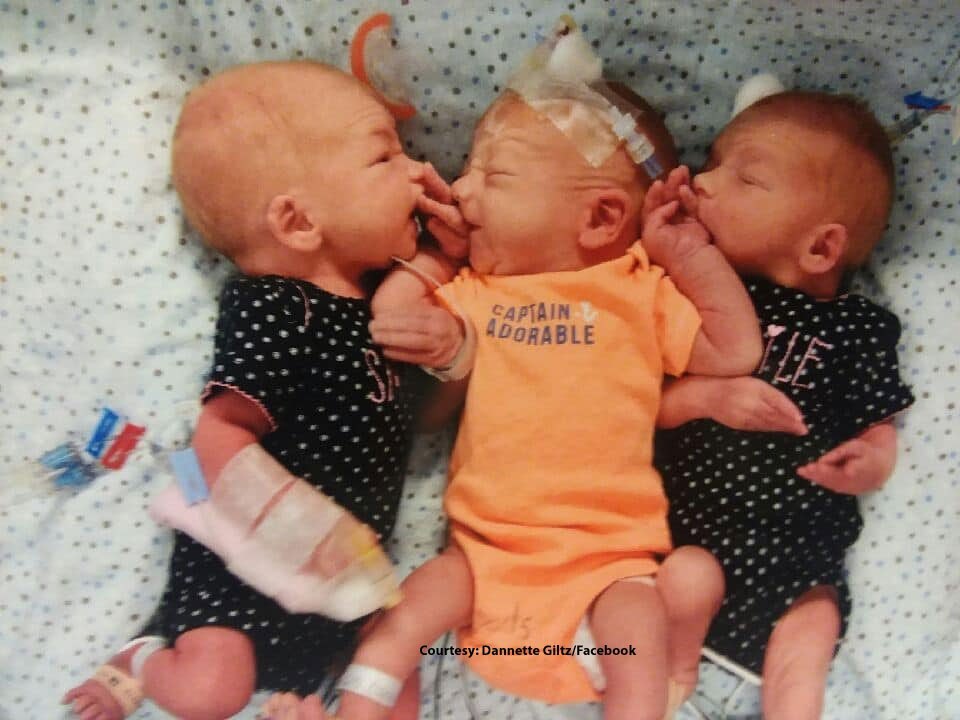 An American woman from South Dakota who recently gave birth to triplets said she didn’t discover she was pregnant until she went to the hospital with what she thought were kidney stones.

Dannette Giltz, of Sturgis, gave birth to the siblings Aug. 10.

Giltz told KOTA-TV in Rapid City that despite having two other children, she did not know she was 34 weeks pregnant.

She says that when she started having pains, she thought it was from kidney stones, which she has had before.

Doctors told her she was actually in labor with multiple babies.

The triplets, about 4 pounds each, were born within four minutes. Their names are Blaze, Gypsy and Nikki.
Top Stories