Details have now emerged showing how Nigerians all over the country and abroad voted for their favoucrite housemates. 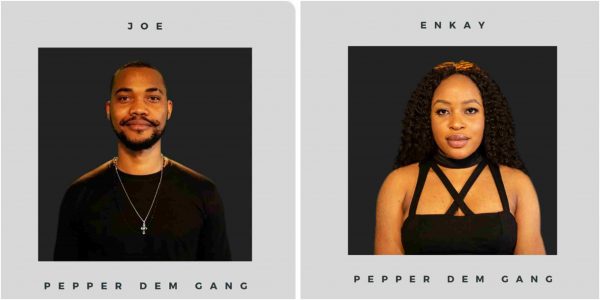 Joe and Enkay
Results from the previous week voting indicate that Joe and Enkay had the least votes which was why they were evicted.
Now, Multichoice has revealed the results of other contestants with Tacha clinching the highest vote.
She was followed by Omashola while Enkay had the least vote for the week.
It is no surprise that Tacha came top judging from the level of support she was able to gather from celebrities and her ever-growing fans across the country.
The two evicted housemates were recently introduced on the show and it came as a surprise they are leaving so early. 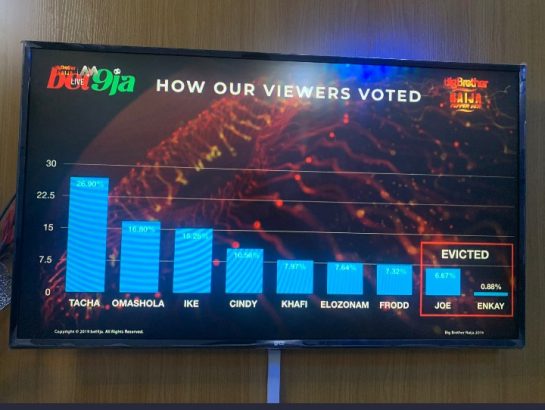 During his time in the house, Joe was issued a strike by Big brother for engaging in a heated argument with fellow housemate Tacha. He was said to have provoked his fellow housemate into hitting him with her hands, The Nation reports.
Enkay is widely remembered for her refusal to play the ludo game with Cindy, her fellow housemate.
Speaking with Ebuka on stage, Enkay said: “I love Cindy. It had nothing to do with the ludo game”
The game continues with sixteen housemates running for 60 million naira.
Top Stories