Mrs Alison-Madueke urged the court to reject the prayer by the EFCC to permanently forfeit the jewellery and the gold iPhone to the Federal Government. 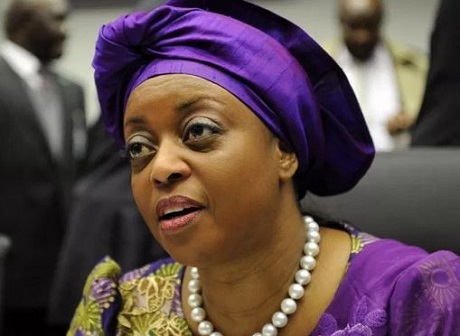 Diezani Alison-Madueke
A former Minister of Petroleum Resources, Mrs Diezani Alison-Madueke, has urged the court to order the return of her 2,149 pieces of jewellery and a customised gold iPhone, valued at $40m, which were seized by the Economic and Financial Crimes Commission.

Diezani, who is currently in the United Kingdom, accused the EFCC of entering her apartment illegally and taking the items without any court order.

She said the anti-graft agency violated her fundamental “right to own property and to appropriate them at her discretion,” under sections 43 and 44 of the 1999 Constitution.

She urged the court to reject the prayer by the EFCC to permanently forfeit the jewellery and the gold iPhone to the Federal Government.

These were contained in an application filed on her behalf by Awa Kalu (SAN), before the Federal High Court in Lagos.

The EFCC had on July 5, 2019 secured an order of the court temporarily forfeiting the jewellery and the gold iPhone to the Federal Government.

The anti-graft agency told the court that it found and recovered the jewellery and the customised gold iPhone “on the premises of the respondent,” adding that it reasonably suspected that the former minister acquired them with “proceeds of unlawful activities.”

The EFCC said “the respondent’s known and provable lawful income is far less than the properties sought to be forfeited to the Federal Government of Nigeria.”

After granting the interim forfeiture order on July 5, the court adjourned till August 19 for Diezani or anyone interested in the jewellery and gold iPhone to appear before it to give reasons why the items should not be permanently forfeited to the Federal Government.

But in the application filed on her behalf by Kalu, Diezani contended that the court lacked jurisdiction to have granted the interim forfeiture order in the first place as she had not been charged with any crime or served with any summons by the EFCC.

She stressed that the entry into her apartment by the EFCC operatives was illegal as it was without a court order.

The lawyer added that the temporary forfeiture order was prejudicial to Diezani because she was denied fair hearing.

The application, which was scheduled to be argued on Monday, was, however, stalled as Kalu was unable to come to court.

A lawyer from his chambers, Chukwuka Obidike, told the court that the SAN was engaged in election petitions, and prayed for an adjournment.