After escaping being lynched in Germany, Senator Ike Ekweremadu has arrived Nigeria. 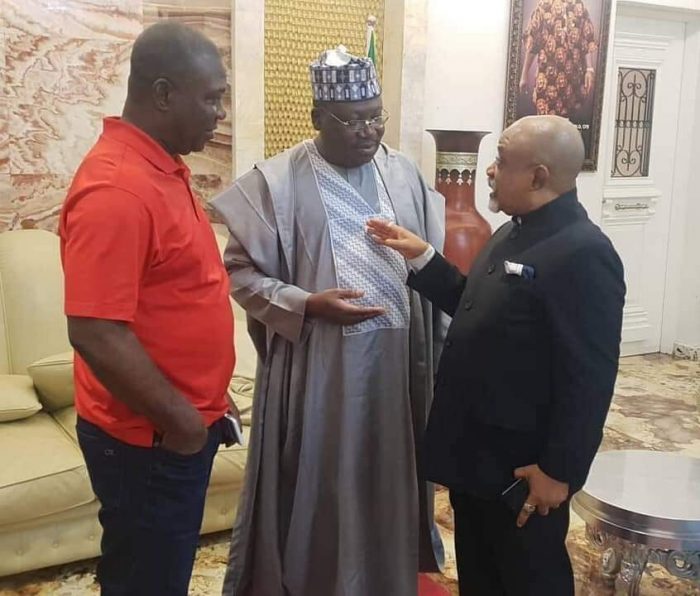 Lawan visited Ekweremadu at his home in Abuja
Senate President Ahmad Lawan on Monday paid a solidarity visit to Senator Ike Ekweremadu, who was assaulted by members of the proscribed Indigenous People of Biafra in Nuremberg, Germany on Saturday.
Lawan visited the former Deputy Senate President, at his Abuja home.
A photo from the visit was released by the office of the Senate President.
Present during the visit was the immediate past Minister of Labour, Dr Chris Ngige.
Ekweremadu had been invited to by the Ndi-Igbo Germany association to its  Iri-ji (a traditional festival) celebration in Germany where the assault took place.
The Igbo group had apologised to Ekweremadu and the senator also said, he had forgiven those who assaulted him as they were high on drugs.
Top Stories