Music producer, Don Jazzy has made his view known after Frodd revealed he does laundry for Esther. 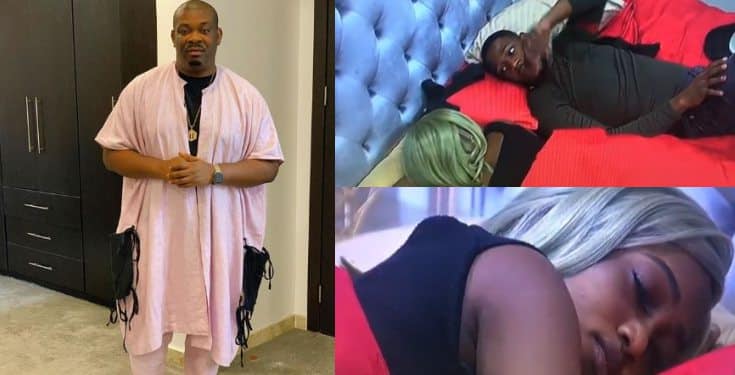 Don Jazzy, Frodd and Esther
Marvin Records producer, Don Jazzy has joked after Big Brother Naija 2019 housemate, Frodd suddenly turned himself to a laundry man for fellow housemate, Esther.
Frodd, who seems to be in love with Esther, had on Tuesday told the female housemate that only her towel was left unwashed having washed every other thing for her, promising to wash the towel on Wednesday.
This particular action by Frodd stirred reactions among BBNaija followers and Don Jazzy, who is a top fan of the reality show, as he mocked Frodd, calling him a ‘washerman’.
Alongside a video of the Frodd revealing his intention to wash Esther’s towel, Don Jazzy tweeted, “Frodd my guy. Abeg what’s the name of Esther’s soap? #bbnaija #WasherMan.”
See video below: