The New Zealand speaker has been caught on camera feeding his colleague's newborn baby during plenary. 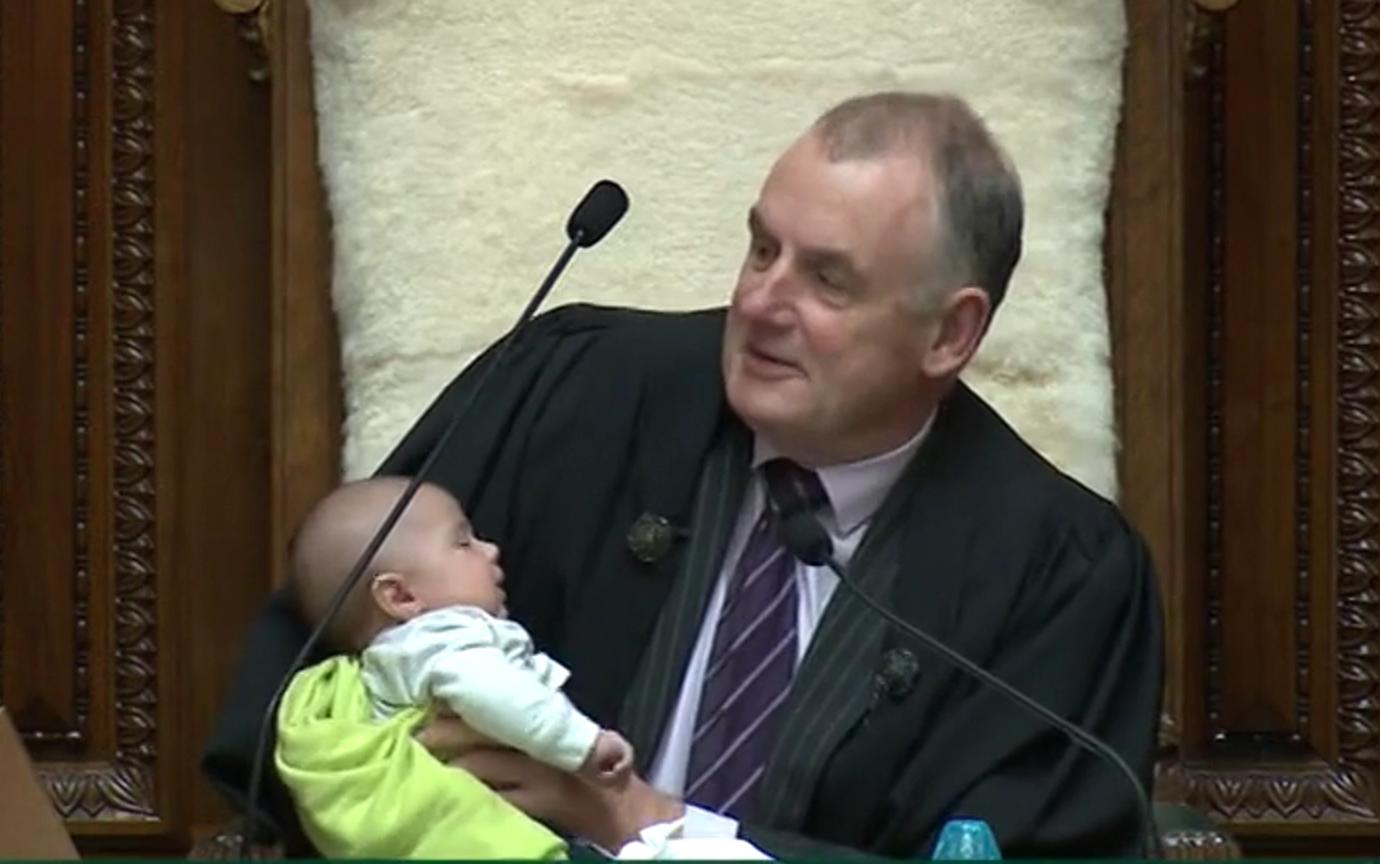 Trevor Mallard
A video has surfaced online where Trevor Mallard, speaker of New Zealand’s parliament, is seen feeding a colleague’s baby while presiding over a debate during plenary.

In the now viral video, Mallard assumed the role of babysitter while presiding over the house.

The speaker had taken to his Twitter page on Wednesday to share images of him feeding and cradling MP Tamati Coffey’s newborn son while on duties.

“Normally the Speaker’s chair is only used by Presiding Officers but today a VIP took the chair with me. Congratulations @tamaticoffey and Tim on the newest member of your family,” he wrote.
The pictures have begun to gain attraction on social media platforms and also garnered over 6,000 likes as of the time this report was filled.

A photo of the Speaker of New Zealand's Parliament feeding a legislator's baby while carrying out his duties has been shared all over the world. pic.twitter.com/G8MvuuAOkb

Coffey had announced the birth of Tutanekai Smith-Coffey, his son, six weeks ago. The boy was birthed via a surrogate mother and is the biological son of Tim Smith, Coffey’s partner.

Some members of the parliament also took to the microblogging service to express their delight over little TÅ«tÄünekai’s presence in the house.
Top Stories