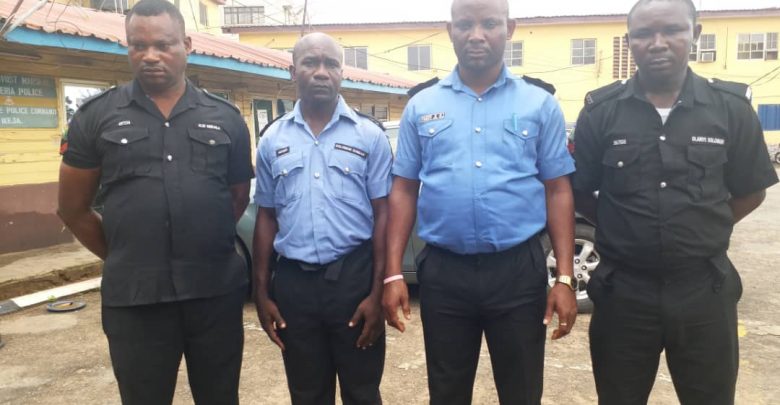 The four police officers have been remanded in prison
A Chief Magistrates’ Court in Ebute Metta, Lagos State, on Thursday ordered that four men of the Special Armed Response Squad, who allegedly killed two unsuspected robbers in Iba axis of the state, be remanded in prison, pending legal advice.
The Chief Magistrate, Mr Alex Komolafe, who did not take the pleas of Omomuyiwa Fabiyi, 42; Solomon Olaniyi, 41; Sunday Solomon, 41; and Mukaila Aliyu, 35;  ordered that they be remanded in Ikoyi Prison pending legal advice from the State Director of Public Prosecutions.
He has adjourned the matter until September 23.
Earlier, the Prosecution Counsel, Insp. Cousin Adams alleged that the defendants committed the offence on August 19, at noon, at Ipaye Bus Stop, Iba, a Lagos suburb.
He alleged that the defendants killed two men suspected to be armed robbers.
The offence, he said, contravened the provisions of sections 223 and 233 of the Criminal Law of Lagos State, 2015.
(NAN)
Top Stories