As many as nine suspected yahoo boys have landed in prison in Ekiti as their trial continues in court. 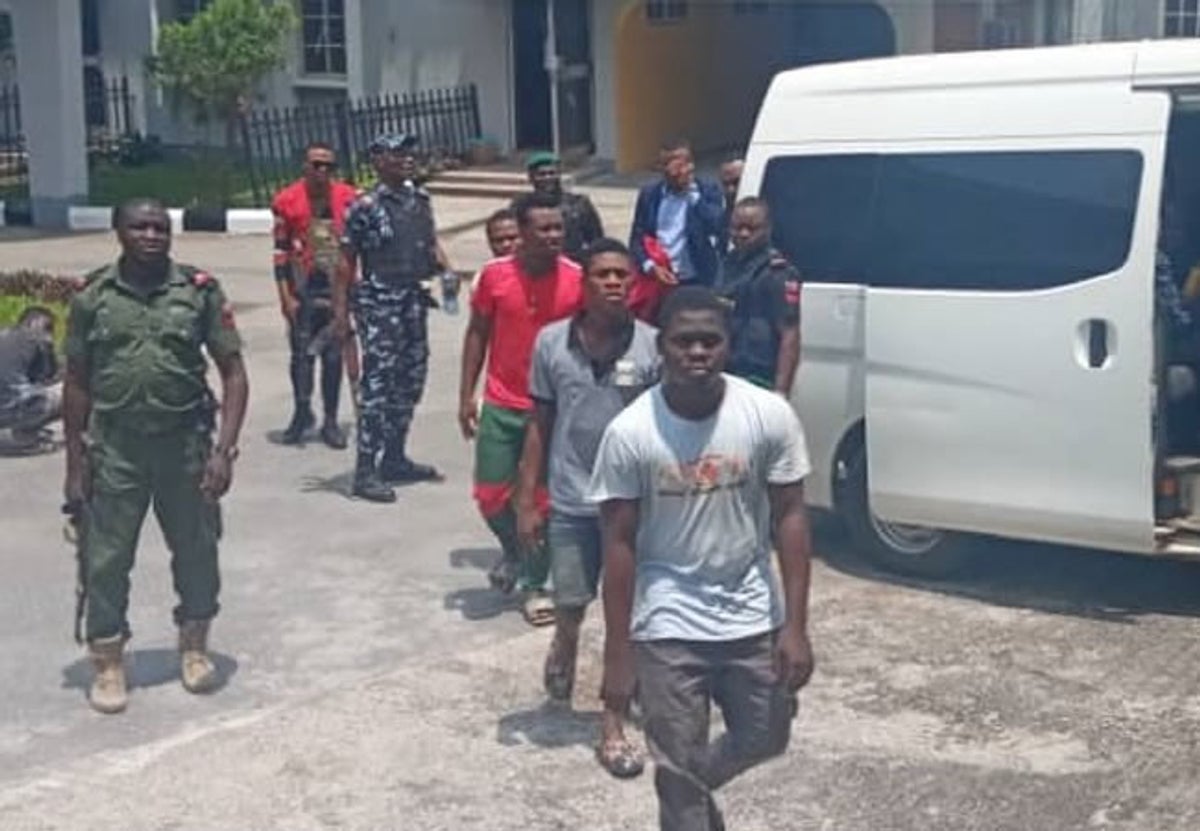 The suspects
A Federal High Court sitting in Ikoyi, Lagos State, has given the order to remand nine suspected internet fraudsters in Ado-Ekiti prison, pending the hearing of criminal charges filed against them, Punch Metro reports.

The presiding judge and designated vacation judge for the FHC in the Southwest, Justice Nicholas Oweibo, gave the order on Thursday when the Economic and Financial Crimes Commission, Ibadan zonal office, arraigned the suspects before the court.

They were charged for sundry internet-related offences, including obtaining money by false pretence, impersonation and being in possession of forged and fraudulent documents to defraud unsuspecting foreigners.

The accused persons were arrested during a raid carried out in Ado-Ekiti, Ekiti State, by operatives of the Commission on July 8.

They pleaded not-guilty to their respective charges when read to them.
Consequent upon the not-guilty plea, the EFCC legal team, led by Dr. Ben Ubi, prayed the court for trial dates and an order to remand the suspects in Ado-Ekiti prison.

The court granted the remand prayer, and also fixed two different dates for the hearing of the cases against the suspects.