The fight was announced by 29-year-old Joshua’s camp earlier in August, but Ruiz had not confirmed his participation. 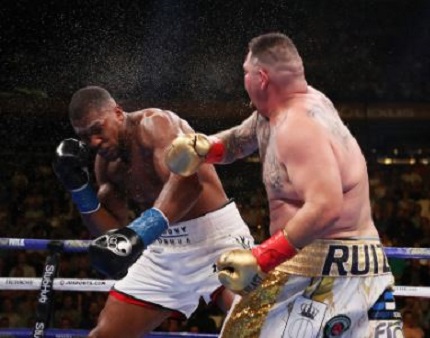 They are set to meet again in the Middle East on December 7.

“I took it to AJ in the Big Apple and I’m looking forward to ending his career in the desert,” said Ruiz.

The fight was announced by 29-year-old Joshua’s camp earlier in August, but Ruiz had not confirmed his participation.

But on Saturday he posted on social media: “I’m excited to announce my rematch with Anthony Joshua.

“In the first fight I made history and became the first ever Mexican/American heavyweight champion of the world.

“I am grateful to Saudi Arabia for inviting me.”

Amnesty International has said the move provides “opportunity for the Saudi authorities to try to ‘sportswash’ their severely tarnished image”.
Top Stories