How Ibadan-based Yahoo Boy Lost Wife To His White Victim


An Ibadan-based internet fraudster has been rumoured to have lost his lover to one of his white victims.

A social media user, Funke has recounted how a Yahoo boy based in Ibadan, Oyo State was dumped by his wife who developed feelings for his white victim.
Emotions started growing when the wife was reportedly drafted into scam, to help extort the pilot based in Australia.
She fell for him and relocated to Australia without the knowledge of the internet fraudster who has been left heartbroken.
Read the story below: 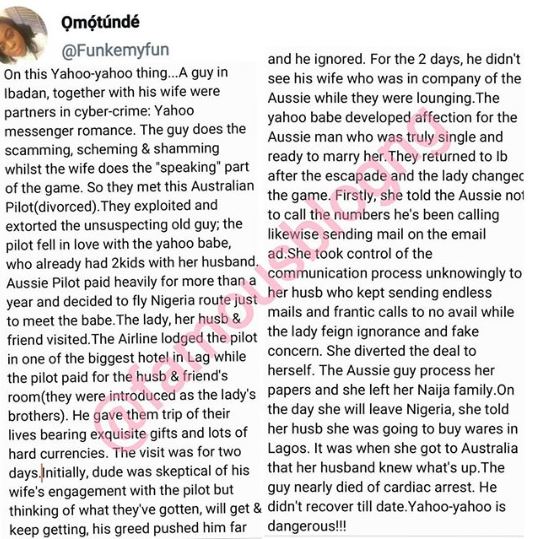