It was learnt that the operatives of the Operation Crush from the Anti-Cultism Unit arrested one Olaitan Rilwan, 20, with an automatic pistol hidden in his bag. 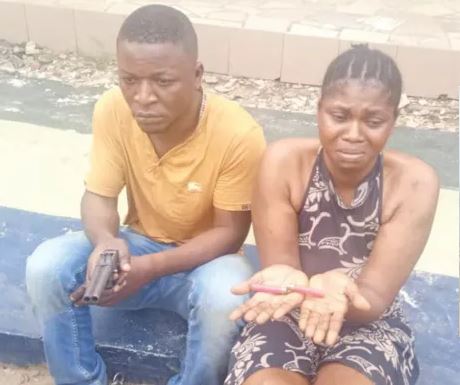 Police in Lagos yesterday said they had arrested 25 suspects believed to be cult members.

The suspects were alleged to have been arrested at Ijora, Mushin and Bariga.

The crackdown on the suspected cult members started on Saturday about 4p.m., after operatives of Operation Crush from the Anti-Cultism Unit arrested Olaitan Rilwan (20) in possession of an automatic pistol, concealed in his bag, at Ijora Roundabout.

The suspect admitted being a member of the Ayie Confraternity. In a follow up operation at Bariga, Mustapha Oseni (23) and 22 others were arrested.

In a related development, also on the same day, about 5p.m., the operatives also arrested another suspect on Gaskiya Road, Mushin. One locally-made pistol, with eight rounds of live cartridges, was recovered from him.

He said: “Anti-crime patrol team from Mushin Police Station led by Inspector Atipi Agasa, while on patrol along Olorunsogo bus stop, Mushin, intercepted Omisogun Mathew (25) and Yetunde Lawson (28) on a motorcycle. On sighting the police team, the hoodlums attempted to escape, but were given a hot chase.

“One locally-made double-barrelled pistol, with two live cartridges, was recovered from them. The suspects belonged to a five-man armed robbery syndicate operating in Mushin, Ikotun and Igando areas of Lagos State. The suspects were transferred to the office of the Special Anti-Robbery Squad (SARS) for discreet investigation.”
Top Stories