A plane has been reportedly forced to land after the pilot fainted in the cockpit, giving people a fright. 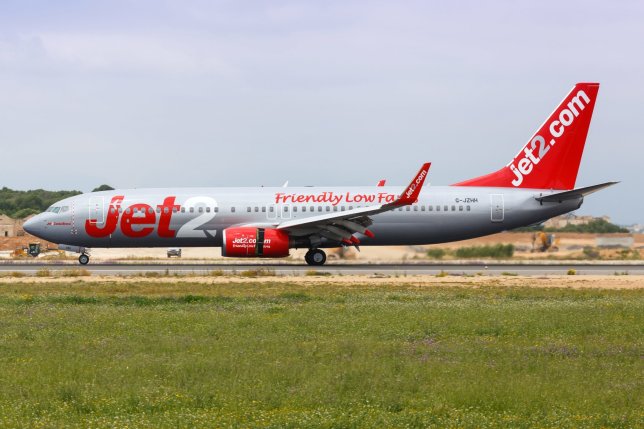 The plane diverted to Portugal (Picture: PA)
A Jet2 flight had to make an emergency landing on its way from Manchester after the pilot fainted.
The flight, which was on its way to Maderia, had to divert to Porto in Portugal due to an ‘onboard medical situation’, according to the airline.
The pilot is understood to have been taken to hospital on arrival.
The alarm is said to have been sounded around 10.20am local time today and a runway was closed for half an hour till 11am so the emergency landing could take place.
Airport sources told local media the airport was now operating normally. Medical responders sad they had received a request to assist a 40-year-old man who was taken to hospital ‘as a precaution.’
A spokesman for Jet2 said: ‘Flight LS765 from Manchester to Funchal diverted to Porto as a precautionary measure this morning, due to one of the pilots feeling unwell.

‘A standby aircraft and replacement crew will be flown to Porto so that we can get customers on their way to Funchal as soon as possible.’
***
Source: Metro UK
Top Stories