The Governor of Imo state, Emeka Ihedioha has opened up after reports claimed his election was sponsored by a suspected fraudster. 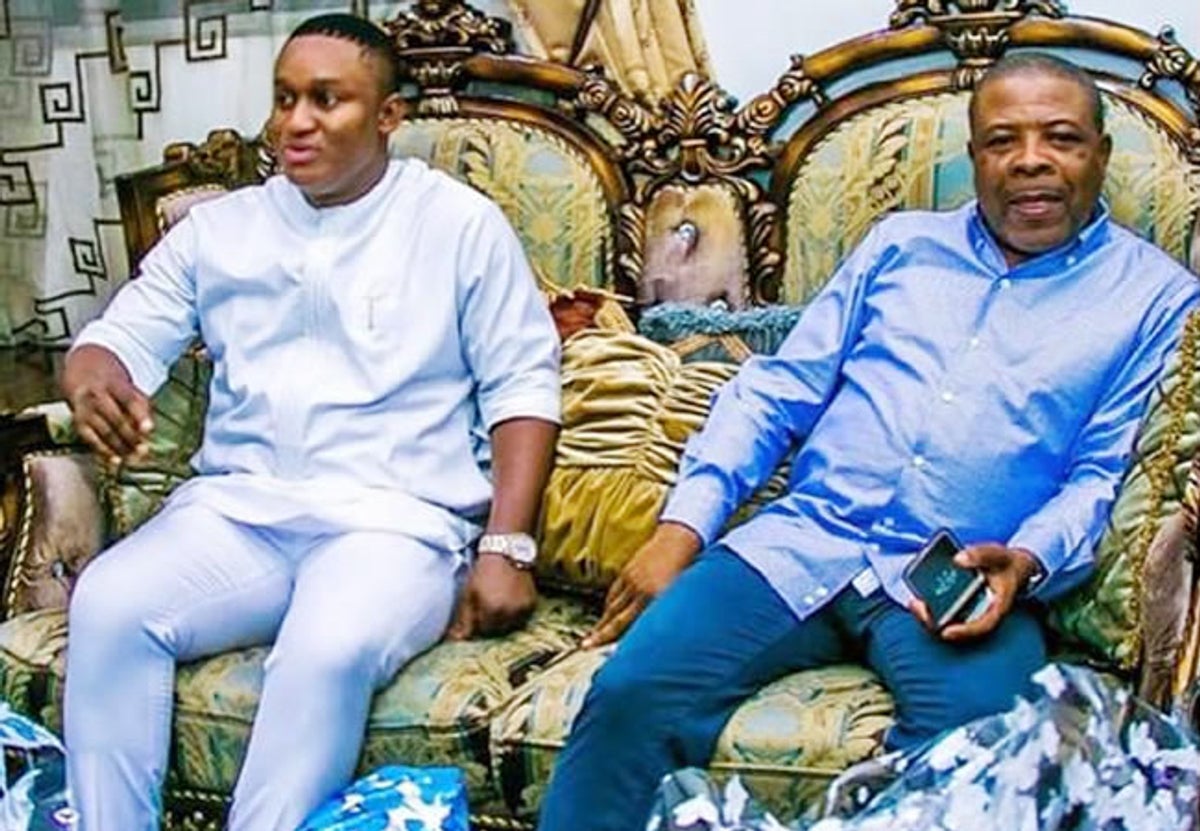 Chika Augustine Odionyemma, and then Imo State Governor-Elect Emeka Ihedioha. Twitter image
The Special Assistant to Governor Emeka Ihedioha on New Media, Izuchukwu Akwarandu, has said that Chika Odionyenma, a suspected fraudster in EFCC custody did not sponsor the election of his principal in Imo State
Odionyenma is one of the 77 suspected Nigerian fraudsters based on a recent list released by the Federal Bureau of Investigation.
Akwarandu in a statement in Owerri said those who were linking Odionyenma’s alleged fraud dealings to the governor were being “mischievous.”
The governor’s aide said as of the time the governor appointed him into the committee that oversaw his inauguration, there was no fraud case hanging on his neck anywhere in the world.
He explained that Odionyenma’s alleged fraud case was a personal issue and that it had nothing to do with the governor or the Imo State Government.
He said Ihedioha attended some of the programmes that Odionyenma organised because they were meant to empower the people.
Akwarandu also noted that Ihedioha attended the programmes based on the consideration that Odionyenma is an indigene of the state.
He said, “He (Akwarandu) is an Imo State son and it was in that capacity that the governor attended the programmes that he organised. Moreover, those programmes were meant to empower the people and you know that the governor is a man of the people.
“It is important to note that as of the time the governor appointed him into the inauguration committee, there was no fraud case hanging around his (Odionyenma) neck anywhere in the world.”
Top Stories