Shocker: How Aso Rock Got N15bn For Cars, Generators And Travels In 10 Years


It has been revealed that Nigeria's seat of power got a whopping N15 billion for generators, cars and travels in 10 years. 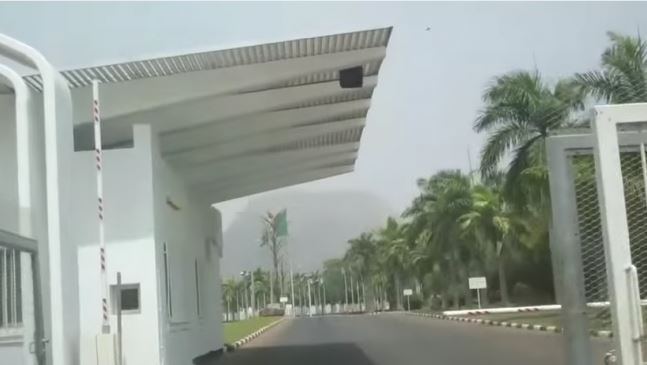 Nigeria’s seat of power got N15 billion for cars, generators and travels between 2010 and 2019.

Budget documents analysed by TheCable showed that in those years, a total of N664 million was allocated to generators, while local and international trips gulped N7 billion and cars got N7.32 billion.
Within the period that Aso Rock got the huge resources, US-based Brookings Institution rated Nigeria as the world capital of poverty and as of February 2019, 46 percent of Nigerians were living below a dollar a day, according to the World Poverty Clock, created by Vienna-based World Data Lab.

Apart from the N644 million which the presidency allocated to fuelling and maintenance of generators in 10 years, power supply gulped N1.38 billion through electricity charges. While the lowest expenditure for generators was in 2015 when N29 million was allocated, the highest was in 2013 when the item gulped N193 million out of which N60 million was used for purchase.

IS N7.32 BILLION FOR CARS NECESSARY?

The documents showed that while N3.76 billion was used to buy new cars at the presidency from 2010 to 2019, N3.56 billion was budgeted to maintain and fuel existing ones. The budget for cars in the period under review was highest in 2011 with N1.18 billion allocated for it while the lowest was in 2015 when N117.5 million was allocated.

What this could have achieved for Nigeria

N7.32 billion for cars in 10 years could have been used for:

* Eight radiotherapy machine with one valued at $3 million (N918 million at CBN rate of $1/N306).
* 146 c-arm x-ray machines with one valued at N50 million.
* 366 gun boats with one valued at N20 million (especially considering the huge economic losses from the activities of sea pirates and militants in the Niger Delta region).
* 732 standard block of four classrooms with one block valued at N10 million, according to line items in the budget.
* 16,266 boreholes with one sunk at N450,000.
* Payment of N30,000 minimum wage to 244,000 civil servants

N7BN FOR TRIPS — ARE NIGERIAN LEADERS BEST TRAVELLED ACROSS THE WORLD?

For 2014, N185.3 million was budgeted for travels while it gulped N2.68 billion in 2013; N1.2 billion in 2012; N2 billion in 2011 and N260.4 million in 2010.
While most of the trips embarked upon by Nigerian leaders were government functions, there could have been ways to reduce expenses incurred through them such as reducing the number of persons accompanying the president on such trips or going only when it is necessary.

For instance, President Muhammadu Buhari made foreign trips 30 times a year after his inauguration in 2015 while he has reportedly toured 33 countries in about four years of his administration.

Of more concern though is the fact that the leaders are often accompanied on these trips with as many individuals that can fill a section of the stadium as if they are on vacation; Buhari had travelled to the UN General Assembly in 2015 with a 32-man delegation, a number which by no means matches the record of former President Goodluck Jonathan who was said to have embarked on a similar trip accompanied by 120 persons, of course with taxpayers’ money.
***
Source: TheCable
Top Stories