Boko Haram operatives have struck again in the North-east part of Nigeria with lives and properties destroyed. 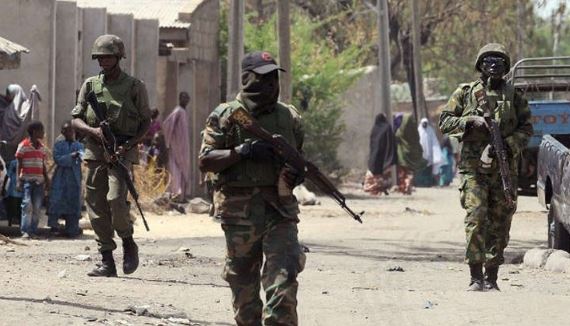 File Photo
Four people have been feared killed and 12 others missing in the aftermath of Boko Haram attack on a town in the northern part of Borno State.
Boko Haram struck at remote Gajiram, headquarters of Ngazai Local Government Area of the state at the weekend, firing heavy artillery into the town, security sources said. It was the third attack on the town by the insurgents this year
“The attack occurred at about 8.20pm. The insurgents came in 4-wheel vehicles, looted houses and shops, carted away foodstuffs and livestock,” a local government official, who preferred anonymity, told Daily Sun.
The source also said the insurgents burnt some of the vehicles at the local government secretariat. Four people were killed while the insurgents fired sporadically.
Top Stories