The Super Eagles forward returned to Istanbul on Monday after helping Leonardo Jardim's men secure their first point of the season. 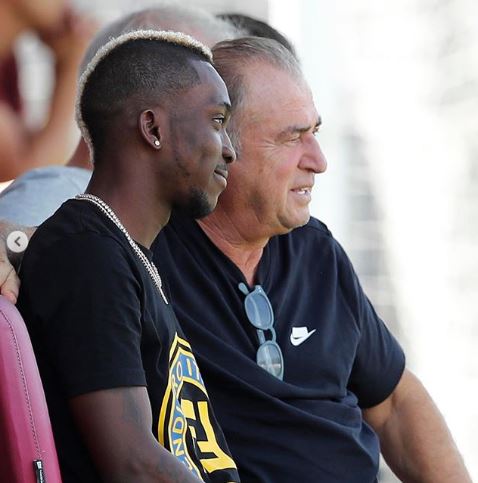 Henry Onyekuru and former coach
Monaco summer-signing Henry Onyekuru has returned to Turkey to reunite with his former Galatasaray teammates and coaches.
After helping Monaco to a 2-2 draw against Nimes on Sunday, the Nigeria international visited the Lions’ training at Florya Metin Oktay Facilities the following day
Onyekuru spent the 2018-19 campaign on loan at Galatasaray where he scored 16 goals in 39 appearances and won the domestic double of the Super Lig and Turkish Cup.
The 22-year-old completed a five-year deal to Monaco from Everton this summer but he took time out to send his best wishes to Fatih Terim's side for the 2019-20 season.
Top Stories