EPL: Referees Given Strong Warning Over Use Of VAR


The video referees came under fire on Sunday, over controversial penalty decisions against Manchester City and Tottenham. 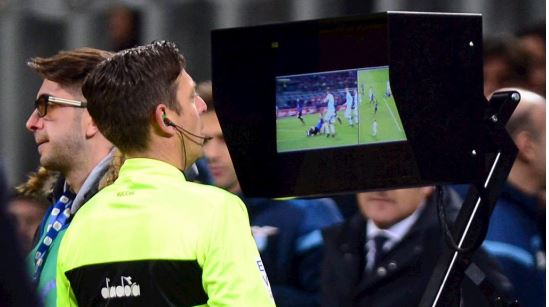 Premier League referees have been warned, not to consult on-pitch Video Assistant Referee (VAR) screens during matches, SportsMail reports.
It is understood that refereeing chiefs will resist calls for officials to start using their pitch-side monitors for VAR checks, as they feel it will slow the game down too much.
The video referees came under fire on Sunday, over controversial penalty decisions against Manchester City and Tottenham.
VAR neither overturned the referees’ decisions, nor advised them to review the incident on their monitors.
But English refereeing organisation, PGMOL, are determined not to rush into any knee-jerk reaction.
They will stand by their current version of VAR, which is based on minimum interference.
PGMOL would prefer to be criticised for using the technology too little than too much. But they are open to making changes to the system, after they speak with top-flight clubs at a shareholders’ meeting in September.
It is understood that many clubs are keen for VAR to be more heavily involved.
Top Stories